Riverdale Mid-Season Review: The Good, The Bad, The Ugly
Advertisement

With a premiere date of January 27, 2017, Riverdale is the CW’s first new show of the year. Loosely based on the Archie comics series, Riverdale follows the ensemble cast of Archie Andrews, Betty Cooper, Jughead Jones, Veronica Lodge, and Cheryl Blossom as they navigate their way through a murder mystery that sets their small town on edge.

I say loosely based because this show is not your grandfather’s Archie comics. The original comics were lighter, tamer, and just funnier, with slapstick humor and sitcom-like misunderstandings that drive most of the plots. Archie comics were revamped in 2015 from the traditional style to something that resembles more of the Marvel style, and plots and characters were developed further than their vintage counterparts. Despite this, the characters and stories remained more or less the same: Archie is clumsy and loves music and girls, Jughead loves food, Betty is the girl next door, and Veronica is the classy rich girl.

However, Riverdale takes all of this and adds a Twin Peaks-esque vibe to it all. The show centers around the death of Jason Blossom, Cheryl Blossom’s twin brother, and as a result is much darker and edgier.  I personally think it’s a really great way to take a well-loved franchise; I grew up reading the original Archie comics, and it’s an absolute dream to see all my favorite characters reimagined this way. Some people don’t love this darker tone, but keep in mind that it’s supposed to be a modernization meant for young adults. Although an Archie cartoon was made in the 1960s, audiences now are more complex and demand more from a show. From a purely business standpoint, a show in this style in 2017 is only logical.

For Riverdale, the characters are more or less the same, but they each have a twist that fits into the plot. Spoilers ahead.

So Is Riverdale Good?

I’ve really only glossed over the main points of the show — I haven’t even discussed Cheryl Blossom’s twincest-y relationship with her brother, the unfair walking-gay-stereotype that is Kevin Keller, the truly iconic black-girl-magic group that’s Josie and the Pussycats, or how every parent on Riverdale seems totally bonkers. But I’ll leave all of that up to you to discover, and form your own opinions on.

Overall, I think the CW is doing a good job, considering it’s … you know … the CW. There are some truly empowering feminist undertones in this show, as well as a diverse cast (Veronica is Latina, for example, and Reggie Mantle is Asian). There’s a good plot and good character development, and the characters remain true to their vintage counterparts while having some modernizations (with the exception of Grundy). Unfortunately, the show has a pretty serious problem with queerbaiting, and the erasure of Jughead’s asexuality is worrisome. However, I’m holding out for the second half of the season, and hoping that these issues are addressed.

In this article:review, riverdale
Up Next:

Why Disabled Representation in Children’s Media is Desperately Needed 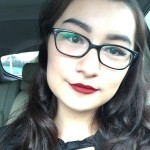