People discover new music everyday. One of the best feelings in the world is when someone starts appreciating one of your favorite, underrated artists. Everyone has different tastes in music which makes it hard to expand our playlists to new artists and genres, but Sabrina Carpenter is one artist that can satisfy everyone’s tastes.

You probably recognize her from Disney Channel’s hit TV series, Girl Meets World, where she played Maya Hart. However, she’s more than just a young TV star, she’s a hard-working singer who started out young in the industry. In 2014, a year after being on Girl Meets World, she released her first debut single called “Can’t Blame a Girl for Trying”, which premiered on Radio Disney. This was also the name of her first EP which was released on April 8, 2014. 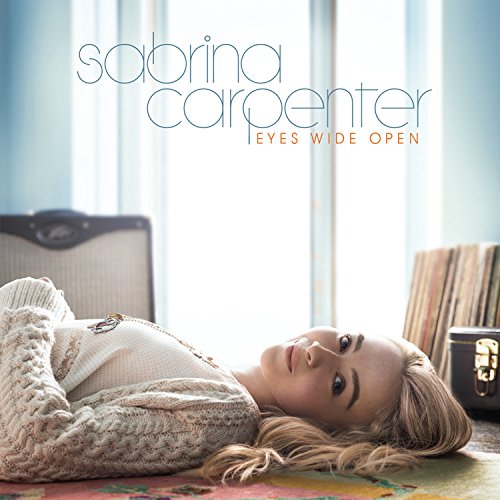 Almost one year after EWO was released, Carpenter dropped her new single “Smoke and Fire”. “‘Smoke and Fire’ was the first story that I was waiting to tell out of the many stories from the second album… I kind of write wherever I go. I’m always writing down things in my phone and in my notes on stuff that inspired me and stuff that I see in everyday life, or even just fun words,” she said about the single. This foreshadowed her sophomore album, EVOLution, which was released in October 2016. The first single from the album was “On Purpose”. Although Carpenter didn’t go on tour for her first album, she traveled the country for her second album. She sold out her first U.S. headline tour for EVOLution at only seventeen years old.

In 2017, she toured with the Vamps in Europe on their UK Arena tour and she opened for Ariana Grande on her Dangerous Woman Tour in Brazil. She also released a new single called “Why” that same year AND went another headline tour called the De-Tour. Carpenter also has been hired to star in the film The Hate U Give, based on the novel by Angie Thomas, that is going to be released this October. Sabrina Carpenter has been working non stop in the music industry since she was a young girl and she hasn’t stopped working since. It’s 2018 and Carpenter has already released her lead single, “Almost Love”, for her third album which is named Singular.

Sabrina Carpenter is an industrious young musician who is versatile in her music and challenges herself as an actress. She has performed on The Late Late Show with James Corden and Jimmy Kimmel Live! She organized small, fan-based secret listening sessions in various cities across the U.S. because she wanted her fans to get a sneak peek at her new album. She has performed in Asian venues and has been recognized by many artists in the music industry such as 5 Seconds of Summer, Lauren Jauregui, Ariana Grande, and Red Velvet. Sabrina Carpenter will someday be one of the great pop artists of this generation.

Photo via The Buffalo News

Awkwafina’s ‘In Fina We Trust’: Track-By-Track Analysis and Review

Interview: Lawrence, the Brother-Sister Musical Phenomenon You Need to Hear