Earlier today, the official Sense8 Twitter account announced that they will be bringing back the much beloved Netflix original for a two hour finale. This announcement follows multiple fan-made petitions and letters to the media giant.

Sense8 revolves around eight people who are all connected through their minds and bodies, but are being hunted by evil forces who want to destroy them. The thrilling, science-fiction aspect provides a splendid background for the array of eight perfectly created characters. Both of the seasons are creative, yet unpredictable and utterly entertaining. The show grabbed you and didn’t let go until the very end. However, as far as Netflix originals go, it was highly underrated and under-viewed. Because of the lack of viewership, the amount of money being put into the show was essentially wasted. Though the fanbase of this show is large, it just wasn’t large enough to make the show worth it. But, don’t take my word for it. Instead, let’s look at the numbers.

See, an average episode of Sense8 costs Netflix $9 million. Compare this to the $6 million it takes to make en episode of Game of Thrones ($6 million refers to season 1. Season 2 costed $7 million per episode, while season 6 costed $10 million per episode). Now, when you take the number of viewers for each series, the latter brings in far more viewers than the former, which makes investing all this money into it worth it. Though it is unclear how many viewers Sense8 has, Netflix has reportedly stated that viewership was not as large as they had hoped.

For reference, an episode of House of Cards, another Netflix original, costs just over $4 million per episode, Breaking Bad costed $3 million, Mad Men  costed between $2 and $3 million, and Doctor Who costed $1 million.

I was sure that the petitions would never work, but ended up being grateful and immensely happy about the results. Though we will never get another whole season of the show, it will be nice to see the characters get the endings they deserve.

Sense8 is Back With A Special Two-Hour Finale

‘Pretty Little Liars’ – A Rundown Of The Final Finale 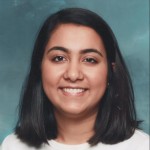 Nisha is a sixteen year old writer from Pittsburgh. Find her on Twitter @nisha_rao7 and on Instagram @_nisharao