A still from Lamar's "HUMBLE."
ShareTweet

On Thursday, March 30, Kendrick Lamar dropped his new single “HUMBLE.” along with an accompanying music video (below). The video has earned over nine million views since its release and is currently #1 on the iTunes charts.

The track covers nostalgia, describing Lamar’s roots that he hasn’t lost sight of, even as he climbs the ranks in the rap game. Lamar raps: “Ayy, I remember syrup sandwiches and crime allowances / Finesse a n*gga with some counterfeits but now I’m countin’ this,” calling back to early days in Compton, CA, filled with poverty and crime. Despite his success, Lamar reminds himself and his audience to be humble, defying the usual rap motif of narcissism and reveling in fame and fortune.

In true Lamar fashion, the lyrics of “HUMBLE.” sparked some controversy. In his second verse, Lamar raps about the way women are viewed in modern society and his frustration with the fixation on perfection.

A still from Lamar’s music video for “HUMBLE.”

The lyrics fueled mixed responses on Twitter. Some fans praised Lamar for his acceptance of imperfect features and empowerment of the natural woman.

So… I’m thinking about @kendricklamar‘s new video for #Humble & the casting call where they said. “Naw, sis. Not enough stretchmarks.” pic.twitter.com/kXPKxWfQ40

How dare Kendrick Lamar tell women he finds them beautiful in their most natural state!

Others weren’t as enthusiastic. Listeners took to Twitter and called the rapper misogynistic, not appreciating his criteria for how a woman should look.

I appreciate Kendrick mentioning stretchmarks. I also know he probably only means certain types of stretchmarks on certain kinds of women.

My thought is that it’s reality for a lot of women, but it is a women’s right to choose how she wants to look and not a man’s place to say

The music video for “HUMBLE.” utilizes camera angles and striking imagery to leave no taboo out of the equation. The release comes a week after Kendrick posted a cryptic image on his Instagram account, consisting of a dark square with only the Roman numerals “IV” for “Four.”, hinting at a possible album. No caption accompanied the picture, and Lamar has since wiped his page clean.

In this article:hip hop, humble, kendrick lamar, music, rap
Up Next: 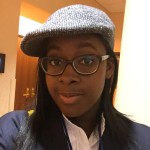 Janae is a high school music geek who still doesn't really know how to read music. Her favorite band is All Time Low but she dabbles in all genres of music that move her.