So Be It
Advertisement

I hold the world in my hands, cautiously. Fearing its destruction or slightest disfigurement. I wrap my feeble little fingers around the world, shielding it from the horrors of my race. But I fail.

I fail and I disappoint. The deeds of those more powerful than me abuse the very hands identical to them. They hit me again. I fail.

I fail and I disappoint. Again. I am scarred and I am bruised but the cries of the world pierce my ears, infiltrating my mind, my body and my soul.

They hit me again. And the world falls. Shattering right before my eyes. Oh god, what have we done?

I turn around and watch them grin. Amused by my failure and paucity of sin.

Oh god, what have we done?

My feeble little fingers were not enough to save the world. All the hate and the blood and the rapacity was too much. Much too strong for me to handle on my own. My race indeed murdered the world and killed me along with it.

There was no place for righteousness anyway, so why was I trying so hard? The world was martyred by mankind as I stood and watched.

There is nothing to be saved anymore and nothing to fight so strongly for. The world has shattered as we ignored its cries.

Sorry for all the mayhem we’ve created and all the pain we’ve caused, world. Our malevolence won the war.

In this article:destruction, hate, world
Up Next:

The Girl with the Red Dress 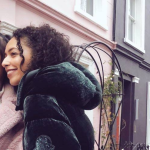 the beauty of “hating” everything.