Stephen Day is a 22-year-old rising musician. He wrote and recorded his debut EP Undergrad Romance and the Moses in Me, all while attending Belmont University in Nashville, Tennessee. The young musician pulls upon both retro aesthetics and modern vibes to create an addictive combination of the two.

The music video for Stephen’s newest single, “Dancing in the Street,” can be found here.

Affinity: Talk a little about the inspiration behind “Dancing in the Street”!

Stephen Day: “DITS” was born out of a relationship I was in that had so many things right about it, but for some reason something was off with me. There was a part of me that wanted to try and make things work, but every time I tried, it never felt natural. This is where the idea of the “Dancing in the Street” cliche came in. That chorus was my best shot, an apology for trying to make things seem like they were perfect, when really they weren’t under the surface.

You do a lot of cool things in the music vid for “Dancing in the Street” — what was your favorite part? Any easter eggs?

Favorite part had to be filming in the local Thai restaurant. We actually told the owner of the restaurant we were filming for a school project, and she was all in. Her hands even get a feature in the video, when she hands off a takeout box.

Would you say your childhood shaped who you are now as a musician? In what ways?

Definitely. Being apart of such a loving community growing up gave me the desire to create that sort of community wherever I go.

So, bringing people together is a big thing for me; whether it’s through music or just hanging around, I always want everyone in and no one to feel unwelcome.

Let me start by saying, I’ve never been the best student. So, making that project definitely took a toll on my grades and my sleep schedule. But, it was a blast making it. That record was made with a whole lot of love and the same is true about “Dancing in the Street.”

When did you know you wanted to pursue music?

My freshman year of high school, I wrote a song called “Cabin Fever.” I remember showing it to my mom and her being blown away. I was so surprised by her reaction, but also surprised by myself that I could write a song.

That was the first time I remember thinking, ‘Hey maybe I should give this a shot!’

How would you describe your music to someone who has never heard it?

It is somewhere between singer/songwriter, blues and pop.

Where can people follow? Which social media do you keep most updated?

I’ve got all the goodens. But, Instagram is my favorite — @heystephenday. Also, Spotify is a great way to keep up with new releases and upcoming shows, so make sure to hit the follow button there, too.

Are you working on any other exciting projects?

I’m spending my time writing and recording right now. I hope to get more new music out into the world this fall and spring.

If you could give one piece of advice to younger self, what would it be?

Learn how to be comfortable in your own skin, and follow your gut, because it knows a lot more than your mind thinks it does.

How do you feel your story has panned out? Would you change anything?

So far, I’m just along for the ride. I wouldn’t say much has panned out, really, mostly just unfolding. I am super pumped about where I am and where I’m headed though. I can only be thankful for what my music has accomplished so far.

Watch the “Dancing in the Street” music video here, and listen to Undergrad Romance and the Moses in Me here. 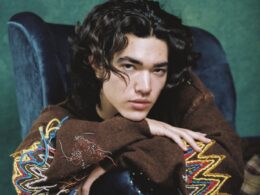 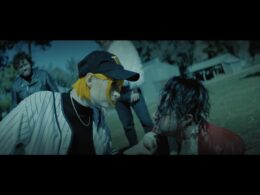 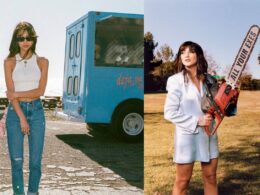 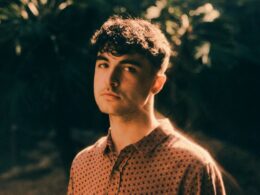