Do not read on if you have yet to watch the entirety of Stranger Things 2.

These five moments during Netflix’s Stranger Things 2, released Oct. 27, most likely made you cry. Most likely, meaning, they did. And if you’re like me, you’re still crying. Let’s review, shall we?

1. When Mike and Eleven finally reunite.

Also, their first conversation since Eleven disappeared into the Upside Down almost a year ago in Stranger Things season 1.

2. When Bob gets eaten alive by Demogorgons, and Joyce is forced to watch. 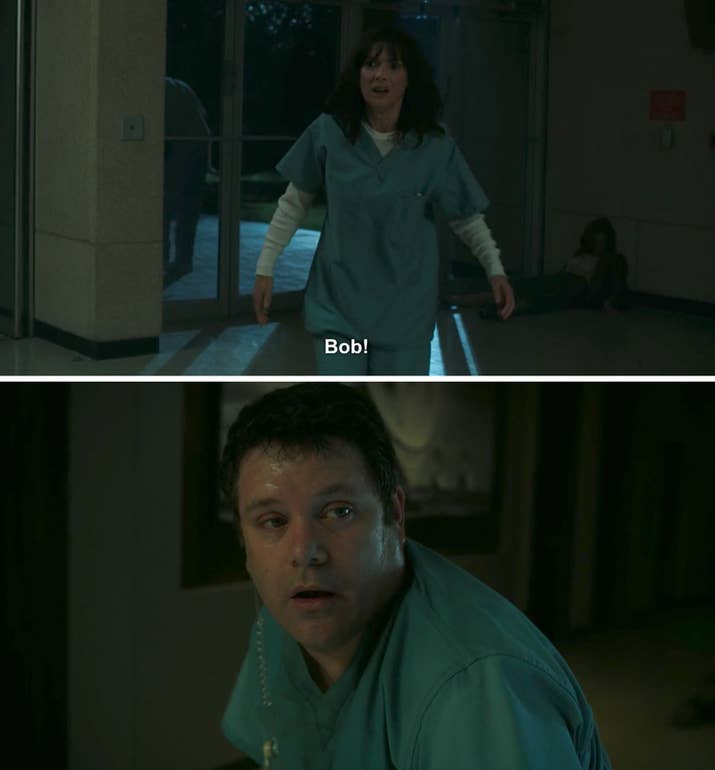 Watch the scene here, then visit this BuzzFeed article to read about how they filmed the scene.

3. When Nancy tells Steve she doesn’t love him, and he is visibly heartbroken and tears up.

Nancy gets super drunk at a Halloween party and ends up saying a bunch of hurtful things to Steve; this after he causes her to spill her drink all down her white costume in attempt to get her to stop drinking. Phew. Their second bathroom scene is painful to watch. Steve walks out after she calls him and their relationship and pretty much everything else bullshit.

4. Pretty much anytime Will is crying or in pain after the shadow monster takes over his body and poisons his mind.

Then there was the scene when they have to burn the monster out of his body — he is strapped down and left screaming out in pain, because the shadow monster “likes it cold.”

Read more about what it was like for Noah Schnapp to play Will in season 2 here.

Here is one of many terrifying, Will scenes:

5. When Dustin is rejected by multiple girls at the Snow Ball and is left sitting alone crying.

Even after he took Steve’s hair advice! And spent money on hair product! On Faberge Organics, to be specific.

Watch his rejection (as well as his happy ending) below:

If you’re having one of those nights when you just need to cry, pop some popcorn, snuggle up in bed and re-watch these scenes.