Warning: This article is NOT spoiler free!!!!!

Netflix’s biggest show is back this Independence Day! The kids from Hawkins, Indiana return to defeat the wicked, freakish Mind Flayer who’s hellbent on destroying the world.

The second season ended with a school dance, celebrating the end of the Demogorgon. The new season begins with the corrupt Russian Soviets powering a tremendous, clearly dangerous object, which is later revealed to open the gate Eleven (who now goes by “El”) closed already.

Unlike the previous seasons which was set in autumn, season three begins in the summer of 1985. But don’t let those summer aesthetics fool you, this season is the darkest, grotesque, and dare I say, strangest, season of the show yet. 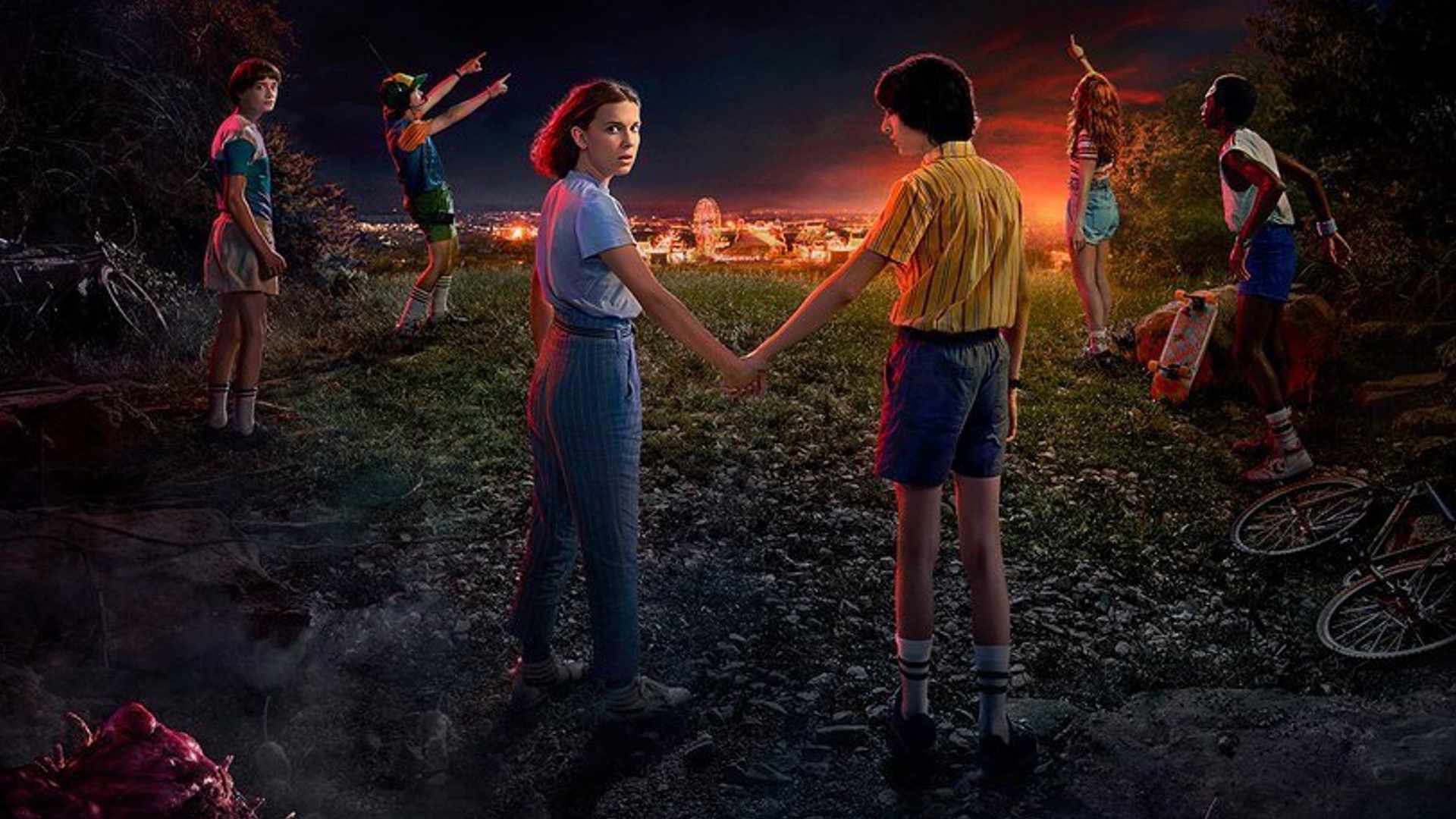 In the first episode titled Chapter One: Suzie, Do You Copy?, the scene after the opening credits shows us a very agitated Hopper when he discovers Mike and El kissing in her bedroom. The Duffer Brothers, the show’s creators, went the cliché overprotective father route which is a fitting take on the 1980s-theme of the series.

This set the tone for the rest of the episode where Hopper turns to Joyce for advice on how to deal with his newly-adopted daughter being at her boyfriend’s side all the time (because telling him that his grandma is sick to get him to leave won’t cut it.) Hopper’s newfound fatherhood gives his character more depth as he tries to kill an apocalyptic creature that’s targeting his daughter.

After that, the episode is relatively light and fun, with Dustin returning from camp and sharing the news that he has a girlfriend named Suzie. However, things take a disturbing turn when the scene cuts to a herd of rats scurrying to an abandoned warehouse where they spontaneously self-combust and their flesh just ooze out into a pile on the floor. But that’s almost nothing compared to how the Mind Flayer gathers his own personal army to give him strength.

But for the Mind Flayer to corrupt the town (and the world), it needs a host, just like a parasite does. We saw the Demogorgon use poor, little Will Byers as his host for two seasons and damage the town. This time, the supernatural villain infects Billy, Max’s older step-brother. Billy turns his fellow co-worker, Heather, into the Mind Flayer’s subordinate, and then they turn her family, and so on and so forth. Not only does this give Will a break from literal demon possession, but it gives us a different look on how powerful this being actually is.

Unfortunately, the supernatural, strange Mind Flayer isn’t the only villain the Hawkins gang has to overcome. The “Commies” (Communists) have taken over Hawkins discretely, and quite easily through the deceitful mayor who basically handed his town over to them.

And it all starts with the mall. Starcourt has taken over the town in the name of good ol’ fashion capitalism, which is ironic. Hopper and Joyce discover that the Russians are buying a lot of land in town so they can expand their electromagnetic machine to open the “gate” where the Mind Flayer came from.

Putting the supernatural and the Russians to the side, the most refreshing detail has to be the youthfulness and the appropriately timed humor throughout the season. The two couples in the group: Mileven (Mike and Eleven) and Lumax (Lucas and Max) go through the ups and downs many teenagers face while they’re young and in love (meaningless fights, petty breakups, etc.)

Plus, Dustin, who is arguably the funniest kid in Hawkins, never fails to make the fans laugh. This comical relief the show brings makes up for the terrors we have to see on screen, like Nancy’s bosses turning into gory blobs of flesh to create a mini-Mind Flayer. Not only do the kids make this show something special, but the iconic 80s references brings the show together.

Admittedly, I wasn’t born in that time, but I am proud to say that I understood all of the Back to the Future jokes this season. Also, the styling department did a great job giving El her own style (let’s face it, the punk look was not good for her,) with the help Max. El having more lines this season and the determination to protect her loved ones at any cost portrays the growth of her character from the first season as a bald, exploited government weapon to short-haired, daughter, friend and protector.

Overall, this season did justice to the main, lovable characters of the series, especially El and Hopper. Stranger Things 3 never failed to get a good scare (and a good laugh) out of us. There hasn’t been any news yet on whether or not there will be a season four, but I am personally satisfied with this season. And I give this season: