Supernatural is currently going into its 13th season, with season 14 being confirmed as the show’s last season. There’s been a talk of a spin-off for years, with one failed attempt with Supernatural: Bloodlines back in season 9. Last month, a female-centric spin-off titled Wayward Sisters was announced.

A Wayward Sisters spin-off has been the hope of many for years, with fan campaigns and support from the cast. Just like Bloodlines, Wayward Sisters will be a backdoor pilot, meaning the pilot will be an episode in the upcoming season 13 to lead into the spin-off.

Bloodlines would have featured all new characters and with no characters that fans were attached to, it ultimately went nowhere though the CW has been open to a spin-off for years now.

The idea for Wayward Sisters came from a campaign two years ago which fans dubbed Wayward Daughters, after the show’s unofficial theme song “Carry on my Wayward Son” by Kansas which also plays at the beginning of every season finale.

The only casting that has been announced for the series is Kim Rhodes, who plays Sheriff Jody Mills who was introduced in season 5. Although no other casting or characters have been announced, orphan Claire Novak, run-away Alex Jones, and Donna Hanscum, Jody’s colleague and sometimes partner are fan favorites for part of the series.

The spin-off will “tell the story of Jody Mills and a group of troubled young women, all orphaned by supernatural tragedy”. With Mills’ training and guidance, the girls become powerful hunters.

Supernatural showrunners Andrew Dabb and Robert Singer, along with Phil Scgriccia and Robert Berens will executive produce the spin-off; Dabb and Berens will write the script.

Supernatural has been under fire these past few years for a lack of female characters, characters of color, and LGBTQ+ characters. Every character who falls under these categories has either a one-episode arc or gets killed off. Wayward Sisters could be the show’s chance to redeem itself.

Although it’ll be sad to see Supernatural end, Wayward Sisters could be a way for the show to live on. Supernatural is currently the longest running sci-fi TV show with ratings always high, though they have begun to drop in the past season. The show will end on the 300th episode, meaning the 14th season will feature a 14-episode arc.

Unlike Supernatural which follows two brothers, Wayward Sisters will follow a group of girls brought together who form a family, following the show’s theme that has stayed true throughout all 12 seasons that family truly doesn’t end with blood.

Are the Issues Discussed on ‘Degrassi: The Next Generation’ Still Relevant Today? 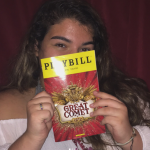