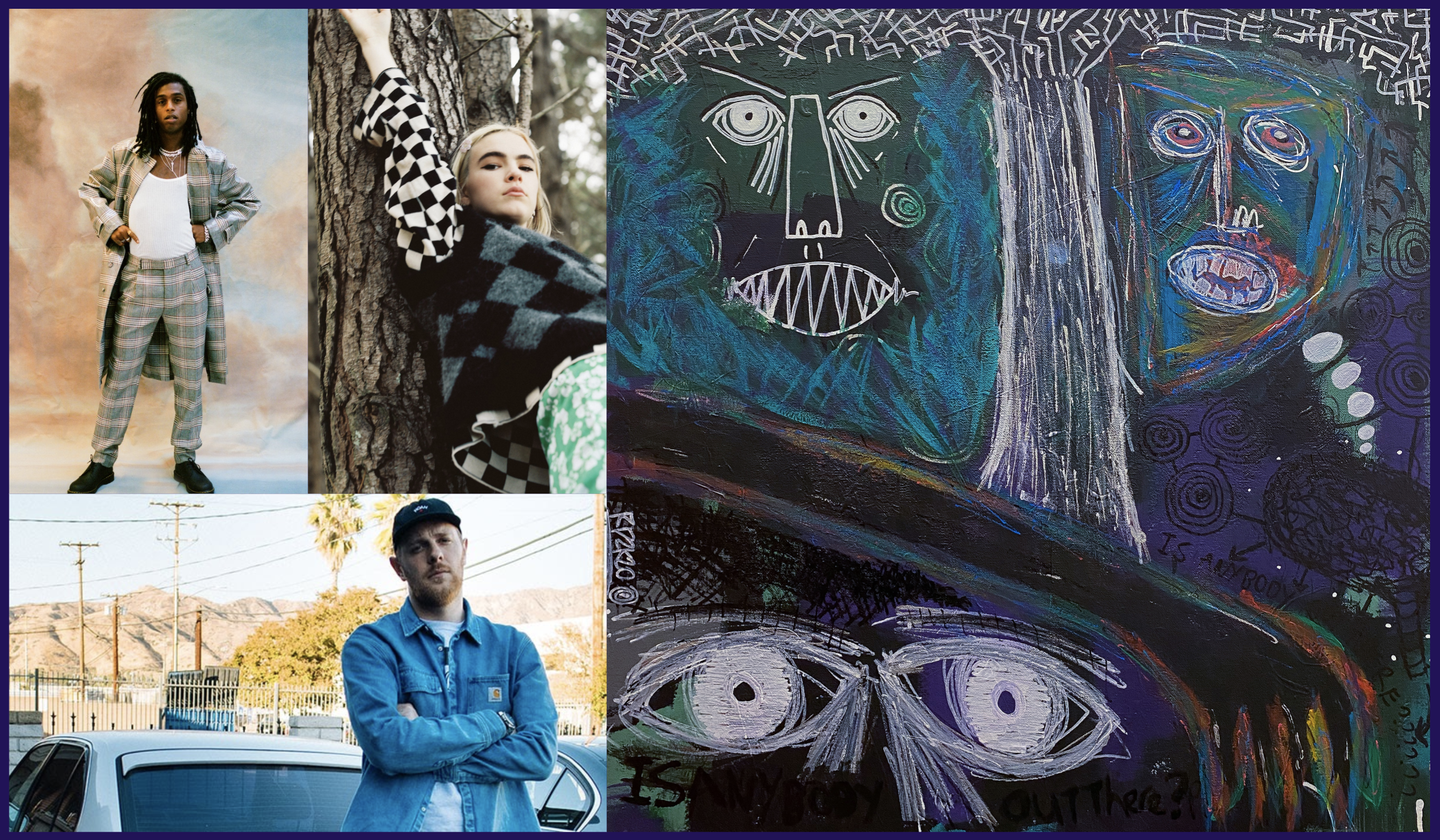 BENEE is one of the biggest indie pop stars in the world right now. With numerous hits to her name, she has been completely owning airwaves and TikTok with her smash hit “Supalonely” (read more about BENEE in my interview with her, here), Gold Certified in the U.S. and Platinum Certified in seven countries. She has now teamed up with internationally renowned artists Kenny Beats and Bakar. Bakar is a British singer and songwriter who molds indie rock and rap into a sound all his own, earning him a number one spot on the Triple A Billboard chart  for the longest period in its history and landing his music in the ad for Arsenal Football Club and Adidas’ Bruised Banana kit range. Both BENEE and Bakar have earned the praises of Sir Elton John.

“I only work with people I’m obsessed with,” Kenny Beats once shared with New Musical Express (NME) and with BENEE’s  unique vocals and musical catalogue, it’s no mystery why she got the seal of approval from the “most sought-after producer of his generation.” Kenny Beats is a producer and writer who has been a favorite collaborator with the likes of Rico Nasty, Denzel Curry, Ski Mask The Slump God, Omar Apollo, Dominic Fike, Vince Staples and many other stars.

The three have come together to drop the hit “Night Garden.”

After a quick drum opening, the song begins with BENEE singing. Starting with the line, “Feels like someone’s watching me,” BENEE is already channeling themes from her 2019 song “Monsta” where she sang about a creature following her (read more about it here). The sounds of the song are also reminiscent of the instrumentals on that track. Playful bass plucking, snare and popping guitar create a playfully haunting sound – like the good monster in her past songs.

Background “mmm” vocals from BENEE surge in and out, like a creature abruptly appearing over her shoulder as she sings, “I see him lurking in my dreams/I stand and walk out of my room/Everything ’round me feels so still/I wonder if he’ll jump right out…” BENEE’s voice takes on a lighter tone and sound as she sings the chorus, with beats of nothing but bass in between each line, “In the night garden…Things are out there creepin’…They get into my dreams, then… Befriend all my demons…” A cartoonish cackle is heard after the chorus, adding to the dark sound of the track. BENEE continues telling the tale, “I ask, ‘Is anybody out there?’,” a bright child-like voice and a deeper voice are both heard on the track, asking, “Hello? Hello?” BENEE sings about getting no answers and telling herself false but logical explanations for her worries. A swell of starry xylophone cuts in, as the bass continues to consistently pluck. The maniac cackle is heard once more before the chorus repeats, as BENEE sings, “I pray that I won’t wake up dead…I see him lurking in my dreams.”

Bakar begins his time on the track, singing with his rich voice, “Walk through the garden of Eden/Night time, I need it/With a girl called Eve, she don’t really like speakin’…” The bass takes on a jazzier sound, with playful background twinges of sound effects. The lyrics refer to the Garden Of Eden, which is found in the Bible in Genesis, where Adam and Eve consumed a forbidden fruit after being possessed by their temptation. Bakar is also in the night garden, confronting creatures and controlling fears.

His voice calm, Bakar continues to sing about what darkness the Night Garden possesses, “…I don’t ever need a reason/But she keeps on pree’in’. Look me in my eyes ’cause my looks could be deceivin’.” The girl in his section of the song is continuing to ask questions and demand more information, but the way “pree’in’” is sung, sounds like the way BENEE also sings about praying, earlier in the song,“I pray that I won’t wake up dead,” allowing the listener to deduce that Bakar’s verse is a continuation of BENEE’s. They’re both wandering through the same garden.

More monsters jump out, as Bakar references Dracula. Bram Stoker’s Transylvanian creature is a fearful one and as Bakar sings about that devilish foe being his “match,” as well as being on “demon time” and struggling to stay out during sunlight, one wonders if Bakar is a well-suited inhabitant of the garden, himself.

After the chorus repeats, snares that sound like monstrous exhalation plays behind BENEE, with more of the cackling fading into a scratchy wheeze. She croons, “‘Is anybody out there?’ In the night garden/Get into my dreams, then.” Popping noises create a teasingly playful background scene. The song ends with a high-pitched final cackle, an ominous conclusion.

The soundscape to the entire track is very explorative. Listeners can even imagine imagery from that of “Heffalumps and Woozles” scene in “Winnie the Pooh” and other cartoon films. This ties into the lyrics of BENEE bolting to her bed and tucking herself away under her covers. The jazzy and creative background is a slightly more relaxed sound from Kenny Beats, especially as the track notably lacks his signature “Woah Kenny!” tagline. Some may find this to be a shocking style from Kenny when compared to hits of his with Rico Nasty, but it will be more familiar to those who enjoy his work like “Love On Ice” by Key!, “Stone Cold” by Deb Never and even the darkness found on “Slick Talk” by JID and “Foot Fungus” by Ski Mask The Slump God. This blends well with the creative nature of both BENEE and Bakar. BENEE is an excellent storyteller and uses many of her songs to bring listeners into new worlds. “Night Garden” is an exemplary case of BENEE spinning a story with her lyrics and instrumental choices.