TRIGGER WARNING: This article refers to domestic abuse and suicide. This may be triggering to survivors.

Ted Hughes and Sylvia Plath’s relationship fascinates many. Even now, many delve into the personal lives of the pair to untangle their poetry.  Plath and Hughes’s relationship have been of interest to the literary enthusiasts for several years as their poetry accounts their turbulent relationship. In Plath’s poetry, readers can experience her ‘Ode for Ted‘ (1956) in which one interpret Plath to be praising Ted on the year of their marriage (“when all earth his words do summon”). Up until ‘Poppies In July’ (July 1962) where Plath can be seen to be alluding to Hughes’s affair with Assia Wevill in the same year when, according to the Telegraph , Hughes and Plath invited the poet and her husband, David Wevill to stay in their countryside flat in Devon.  Plath writes with a bitter tone in her poem: “If I could bleed, or sleep! – / If my mouth could marry a hurt like that!”. While in Hughes’s particular poem ‘Last Letter‘ he captures the moment he was told about Plath’s death in 1963: “Coolly delivered its four words / Deep into my ear. ‘Your wife is dead’.” According to The Guardian , feminist scholar, Harriet Rosenstein has gathered uncensored letters in an archive, the letters were written between 18th February 1960 and 4th February 1963. These letters reveal a correspondence between Plath and Dr. Ruth Barnhouse (Barnhouse treated Plath after her first suicidal attempt). Apparently, the letters reveal claims that Ted Hughes had physically abused Plath prior to her 1961 miscarriage. The Guardian  also marked that Plath, in her letters wrote to Barnhouse about how Hughes had directly told her that he wished she was dead. 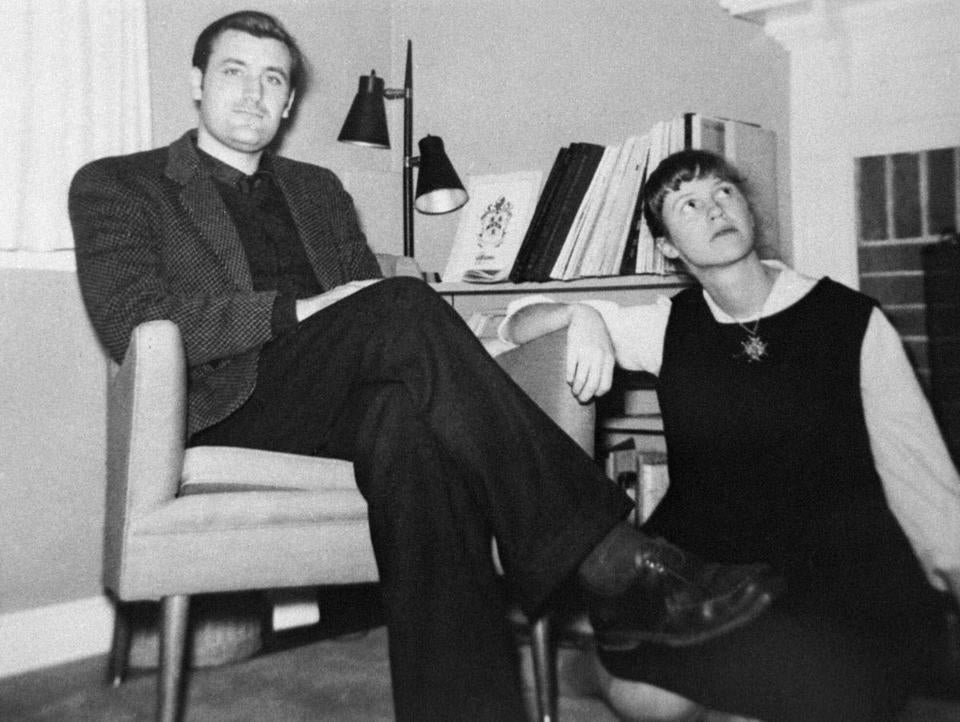 Sylvia Plath and Ted Hughes in Concord in December 1959

There have been past allegations towards Ted Hughes in regard to domestic abuse. According to the Telegraph in 2006, Hughes was deemed to be a “domestic tyrant” to his mistress Assia Wevill. Nonetheless, BBC News  reported that since these claims by Plath have been made, Ted Hughes’s widow, Carol Hughes, has said that the allegations are “absurd” and “shocking” on behalf of the Hughes estate. Carol Hughes also marks that “anyone who knew Ted well” would perceive the allegations to be “absurd”.

The Guardian reported that the archive in which these letters exist in have been put up for sale for £695,000. However, the letters have been taken off the market due to complications as Smith College (Plath’s alma mater) has filed a lawsuit claiming that the letters were left to the Barnhouse estate after Plath’s death.

In this article:poetry, Sylvia Plath, Ted Hughes
Up Next: