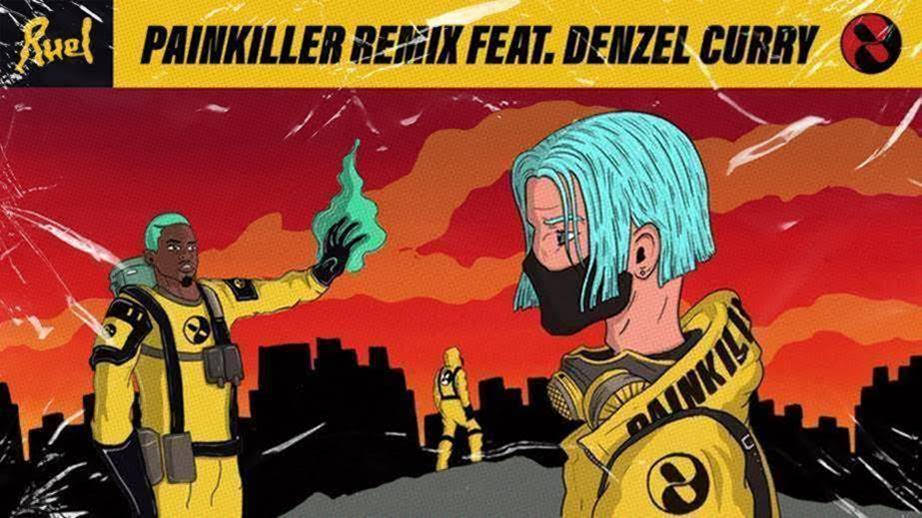 Ruel is a 17-year-old singer known for his soulful voice and critical acclaim. Rapid-speed and intricate lyrics have made Denzel Curry a Genius and AllMusic critical award winner. The two stars have come together to remix Ruel’s massive hit “Painkiller.”

This remix came as the first drop from an EP of remixes of the remix (which is yes, slightly meta), released on June 5th, 2020.

“You’re my painkiller/When my brain gets bitter/You keep me close…” is the iconic, echoey introduction to the song. The pounding percussion begins, keeping time with the now-increased volume of Ruel’s vocals. He sings his contrasting lyrics, all about heartbreak and happiness.

Ruel continues through the original sound and lyrics of the song. The lulling lyrics and instrumentals create a rocking feeling, like someone dipping forward and backward on their heels. The chorus bursts in, “’Cause you’re my painkiller/When my brain gets bitter/You keep me close/When I’ve been miserable…” — Ruel is singing about struggling in life, and only feeling release and comfort from one thing.  Adding runs on “miserable” and layered vocals across, the verse emphasizes the heaviness of the emotions that he’s feeling.

There is a connection between Denzel Curry’s famous lyricism and Ruel’s lyrical talent. In the next verse Ruel masterfully sings about nostalgia and a longing for home, as he is pulled away from it. This adds clarity to the song’s meaning, as Ruel finds his home to be his “painkiller.” He sings, “Window seats as the plane starts leavin’/Miss those streets where my knees were bleedin’.” This illusion creates the image and sensation of early childhood memories when days could be spent running down sidewalks and scraping knees with reckless abandon.

“Painkiller” Remix w/ @oneruel out Now on all platforms!!!

In the third verse, Denzel Curry makes his introduction, the mark of the first change to the song. In his first few lyrics, his voice sounds almost pained, though his flow remains effortless. There is emotion in his inflection of the lyrics, matching Ruel’s mood. Denzel raps, “Okay, the pain kills with no hesitation/And my brain fills with no narration…” The themes of struggling to stay afloat are found in both Ruel’s original song and Denzel’s contribution. Denzel ties in a story about how physicality and a certain person act as his “painkiller.”

Ruel concludes the song with his powerful vocals. Adding runs to the end of the song emphasizes the exhaustion he was expressing through it. Drums, paired with quickly cut off swells of violin, create an intense instrumental atmosphere, which highlights the emotions of “Painkiller.”

A rolling flow and intertwining themes work to make Denzel’s new verse an effortless and worthy contribution, along with the production by Grammy recipient M-Phazes. “Painkiller” was already a staple amongst most teens today, so by adding Denzel Curry to the track “Painkiller” has taken on a new life, with fresh energy and credibility to the double platinum hit. Curry’s verse highlights the ambiguity of Ruel’s lyrics, as he takes the song in a new direction. “Painkiller ft. Denzel Curry” is an unexpected and new sound to a favorite hit, as two incredibly talented musicians and lyricists come together.