'The Bachelor: Vietnam' Had The Most Unexpected LGBT+ Moment Ever!
Advertisement

Viewers of the hit television series, “The Bachelor”, have learned to always expect the unexpected. With a show so infused with drama, it’s hard to ever predict what will happen next, such as the LGBT+ moment in “The Bachelor: Vietnam”.

Last Friday, a trailer was released for the newest episode of “The Bachelor: Vietnam”. The trailer showed the viral moment when one contestant told the bachelor that she didn’t have feelings for him. The video, which enclosed English subtitles, features Minh Thu emotional as she says, “I went into this competition to find love. But I’ve found that love for myself. But it isn’t you. It’s someone else”. Thu then made her way to her fellow competitor and lover, Truc Nhu. Thu asks Nhu to leave the competition, to go home with her. The moving moment was made even more heartbreaking when Bachelor Nguyen Quoc Trung tried to persuade Nhu to stay. He tells her of the mistake he believes she is making and that even so, he will not change his mind. The rose is still hers, just as his heart is. Unsuccessful in swaying Nhu’s decision, he is returned the rose and the two women leave the area together.

Although it was later revealed that the two women didn’t end up together, the moment they shared will forever be historical in the Bachelor franchise. Vietnam may be a country with LGBT+ rights, however, such relationships aren’t often represented or put on much of a pedestal.

In a Vulture interview, the show’s producer Anh-Thu Nguyen, who identifies as queer, said: “It’s such a brave, courageous thing, that these two women made this powerful gesture”.  She further added, “In Vietnamese pop culture, there’s a lot of people that are rumored to be LGBT or people that hint at it. Everyone knows it, but it’s never been distinctly said. So to see a moment that’s unequivocal, where someone is saying that they love someone else … I think it’s going to be very powerful for young people.”

In this article:#LGBTQ, entertainment, love story, representation
Up Next: 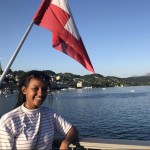