"The Bold Type" is More than What it Seems
Advertisement

On July 11, the television network Freeform premiered its new summer series The Bold Type. The Bold Type is about three twenty-something-year-old women, Jane, Kat, and Sutton, who work for a magazine, Scarlet modeled after Cosmopolitan. The show chronicles the ups and downs the women face working for a decades-old magazine that is known for fashion and beauty in 2017.

At first glance, this may seem like a white feminist show with women who claim to be liberated and “feminists” when in fact all they do is sit around and talk about boys and makeup. It’s not. In the first few minutes of the first episode, it is clear that The Bold Type means business. Serious intersectional feminist business, that is.

There is also a storyline in which one of the main characters, Kat, is curious about her sexuality and struggles with accepting that she has feelings for a woman. She continues to deny her feelings by saying that she’s “a proud hetero” and that the sexual side of relationships with women doesn’t appeal to her. There isn’t a quick conclusion to Kat’s struggle, either. By the end of the third episode, it is clear that she is still struggling with figuring out her sexuality. Unlike many other shows with coming out arcs, The Bold Type realistically portrays the time it takes for someone to be sure of their sexuality. It doesn’t rush Kat into deciding she’s a lesbian, and accurately shows her confusion on why she’s all of a sudden attracted to a woman when she’s only ever been with men.

There is another storyline in which another main character, Jane, struggles with her difficulty reaching orgasm during sex. This is most definitely something that is not discussed in television shows, especially at the length it is in The Bold Type. Jane’s struggle is handled with confidence and poise, and no part of it makes fun of or shames women who have the same problem.

The show also highlights the struggles Millennials face when they enter the job market. Sutton, who is still an assistant at the magazine, is struggling with finding a career that is what she loves and pays well. She also struggles with feeling like she’s going nowhere because she’s been working as an assistant at a magazine for the past four years of her life.

On top of everything else, social media harassment is included on the long list of struggles the show addresses. After sharing an article debunking virtual reality devices that cater only to men and make some women physically ill, one of the characters receives horrific responses from men telling her they want to rape her and kill her. She tries not to let the words of men behind a screen affect her, but by the end, they do affect her. By doing this, the show tells women who are the target of social media harassment and are emotionally and mentally affected by it that it’s okay to be scared and feel threatened by it, even though it’s just words on a screen. It also draws attention to the horrible things men say to women on the internet and how thoroughly it affects women.

The Bold Type is not the white feminist show it appears to be. With diverse characters, real life problems and a grasp on what reality is really like, this show has proven itself to be the intersectional feminist show of the summer. If you are looking for a show that feeds your inner Millennial feminist, The Bold Type is your show.

“That’s It?” We Need More Diversity in Science Fiction 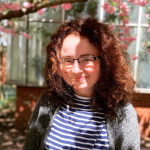