In this photo released by Warner Bros., a taping of "The Ellen DeGeneres Show" is seen at the Warner Bros. lot in Burbank, Calif. (Photo by Michael Rozman/Warner Bros.)
ShareTweet

We have known Ellen DeGeneres for years and decades as the beacon of kindness and all things nice. She is famous for her generosity and giveaways on her show. Her motto is “be kind”, but if you take a look at recent events, she is anything but that. Once you go behind the scenes, you will find current and former employees saying they faced racism, sexual harassment, fear and intimidation.

“That ‘be kind’ bullsh*t only happens when the cameras are on. It’s all for show,” one former employee told BuzzFeed News. “I know they give money to people and help them out, but it’s for show.”

These allegations came into light sometime around April 2020, when Variety reported that the Ellen’s employees had not been informed about what would happen with their pay during the early stages of the coronavirus pandemic. Now, the Ellen DeGeneres Show has been placed under investigation.

And thus began the downfall of Ellen DeGeneres or, at least, this has been the catalyst. This has been a long time coming. We saw the first wave of disapproval after DeGeneres attempted to rehabilitate the public image of George W. Bush, framing their friendship as something wholesome. As if the Iraq War was a joke in some standup special. Then, Dutch beauty YouTuber Nikkie de Jager, also known as NikkieTutorials, called out DeGeneres, saying that the beloved host was “cold and distant” during de Jager’s appearance on her show.

Comedian Kevin Porter urged people on Twitter to reply to his tweet with all the mean experiences they might have had with Ellen. That tweet quickly blew up with scores of horrible instances with the host. These are just two of them:

My friend wrote for the Ellen Show for two years and told me Ellen didn’t greet her once. In fact, upon employment, staff were told they weren’t allowed to talk to her.

When I was 15 @TheEllenShow was doing a contest of fans making a bust of her and sending it to her. I worked so hard on this and even wrote her a letter. Weeks later she used it as a prop in a game and gave it away to a random person with $500 attached to the bottom. pic.twitter.com/tcXg2ILcLc

Ever since her show has come under fire, people have finally opened their eyes to the extremely toxic and derogatory behaviour of Ellen both on and off the show. Things that seemed funny at the time, behind the veil of kindness that Ellen donned, aren’t funny anymore. Now, with the veil gone, people are seeing that things weren’t a laughing matter after all. Making fun of accents, making guests uncomfortable, calling out audience members for trying to take more than one thing, bad treatment of guests and fans alike; these are just some things that the public is calling Ellen out for.

Like the time she thought making fun of Sofia Vergara’s accent was okay. Or when she tried to “teach” her English, even though Vergara is perfectly well versed in the language.

Or when she tried to get Mariah Carey to drink alcohol to prove she wasn’t pregnant.

Remember when Mariah came pregnant on Ellen's show in 2008 and she tried to force her to drink alcohol to prove she wasn't? Despise all of Mariah's refusing to take part…

She had a miscarriage weeks later. pic.twitter.com/F0tdQOeioq

Dakota Johnson and Ellen about to throw hands pic.twitter.com/vedm2FR8ss

And many, many more. The jokes seemed funny at the time, but when you really look at it, you realise just how horrible this behaviour is. Ellen has gotten away with this for so many years in the name of entertainment.

Hollywood and the problem with its workplace culture

Hollywood has a penchant for tolerating disgusting behaviour, as long as it keeps bringing in profits (see Harvey Weinstein, Kevin Spacey, etc.). 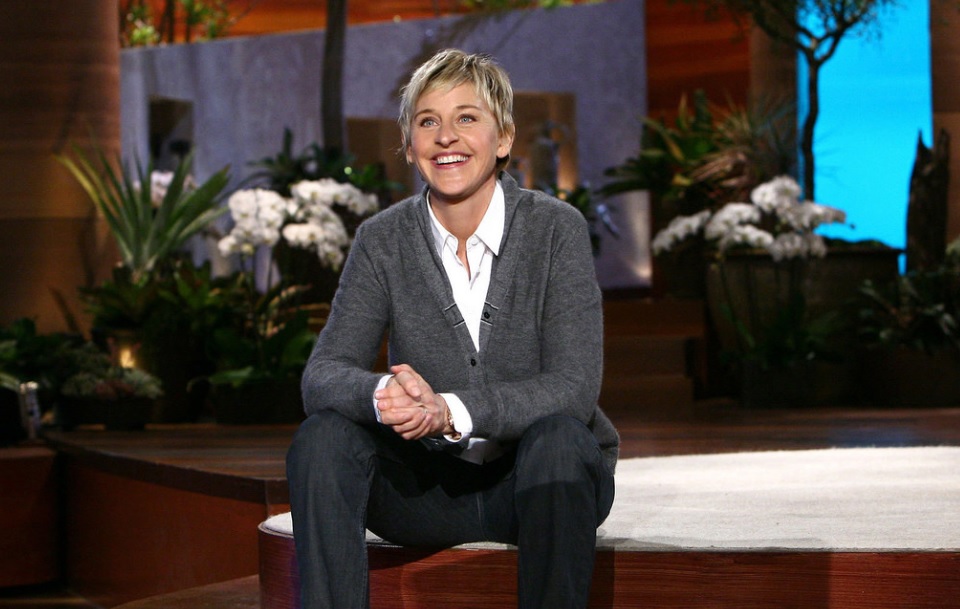 At this point, more and more people are coming forward about how awful it was to work at certain television shows. Certain actors, writers rooms, creatives and Hollywood bigwigs, have brought the reality of what it’s like working in Hollywood to light. The stories about abuse and caustic workplaces seem like symptoms of a bigger problem — an industry with little to no oversight or protections for its workers.

It’s impossible to know how much responsibility DeGeneres really holds over these controversies. Though she was not directly accused of outright malpractice, every part of the show operates under DeGeneres’s name and specific brand of relentless kindness. At best, the patron celebrity TV host of niceness just may not have known what was happening to her staffers. At worst, she knew and ignored — or even participated in — what a toxic workplace her show had become.

So why is this so shocking?

Ellen has built an entire career and celebrity status by assuring us that she wasn’t like other celebrities. DeGeneres’s brand is about being so relentlessly kind and so interminably inoffensive that you didn’t have to worry about Ellen ever being problematic. So seeing someone who is known as the beacon of niceness being called out left, right and centre for her problematic behaviour is extremely shocking. Perhaps, if DeGeneres hadn’t presented an image of compassion and empathy, she might have never found herself on the receiving end of such a dramatic backlash; the broken illusion fmight just be what is so upsetting to her fans.

Take a deep breath and take a walk if you are able. Stay safe and be kind because we all need a little kindness right now ❤️

Even before these recent cracks in the veneer, there was already existing cynicism behind the conceit of many of Ellen’s segments. Someone goes viral after a basic act of kindness was caught on camera. Ellen invites them on her show and gives them a giant check or surprises them with something insane. And we all smile and cheer at her seemingly random act of kindness.

DeGeneres addressed the workplace allegations in a letter to her staff on July 30. She took responsibility stating that there would be an investigation into the workplace practices. But she also said that she wasn’t fully accountable for the transgressions because she had put the show in the hands of producers who were in charge of the day-to-day.

The question here is, what happens when you take away the niceness that she built her empire on?

It’s a hollow performance, plain and simple. It just exposes the privilege celebrities have and how out of touch with reality the seem to be. Not to mention, the constant reports of horrific behaviour occurring behind the scenes has completely removed the gloss and glamour of the entertainment industry. Many people, including DeGeneres, knew she wasn’t ever going to be as nice as her talk show promised her to be. But the extent of the horrible behaviour that has come to light is what has surprised her fans the most.

Ellen is not the first famous person to fall from grace – and she won’t be the last. And while she has done extremely unpleasant things, it is important to note that it doesn’t negate all the acts of kindness and the path she has forged for people throughout her career. That being said, she definitely needs to be called out for her toxic behaviour.

And as for the rumours about her being replaced, they seem highly unlikely, but I will say that she shouldn’t be replaced by a straight white man – if it comes to that.

Although, I wouldn’t mind the Ellen Show getting swapped for Community‘s Troy and Abed in the Morning. Donald Glover and Danny Pudi together are a comedic force to be reckoned with, anyway.