The Flyers' New Mascot Is Hated By Everyone But Philly
Advertisement 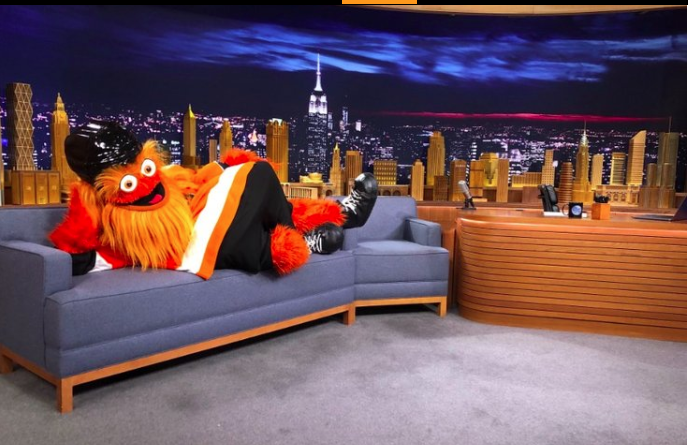 On September 24th, through Twitter, the Philadelphia Flyers hockey team unveiled a new mascot named Gritty. With straggly orange fur, wide open eyes, and a haunting grin… Gritty is not your typical mascot.

“Gritty”, is a joke for hockey fans, as it refers to a player who is tough and can fight, but doesn’t have a lot of skill or technique. Many say this is an appropriate name not just for the team’s mascot, but also the team’s typical playing style. The Flyer’s website offered a profile on Gritty with an odd backstory to pair  with this fluffy creature.  “He claims that he’s been around for a lot longer than we know it, and recent construction at the Wells Fargo Center disturbed his secret hideout forcing him to show his face publicly for the first time… That being said, there’s no denying that he’s one of our own.” While Gritty’s tale may be unorthodox, the team did add, “ He’s loyal but mischievous; the ultimate Flyers fan who loves the orange and black, but is unwelcoming to anyone who opposes his team. Legend has it he earned the name ‘Gritty’ for possessing an attitude so similar to the team he follows.”

Pennsylvania has two NHL hockey teams: the Pittsburgh Penguins and the Philadelphia Flyers. While the two teams are on opposite sides of the state, the rivalry gets close to home. In February of 1968, the Penguins introduced “Penguin Pete”, at a game against the Flyers. It was a live Ecuadorian penguin. The team had skates made for Pete, and multiple different generations of Pete would take the ice until almost the 80s. Today, the Penguins have the mascot “Iceburgh”. Fluffy, cuddly, and the polar opposite of Gritty. The last mascot the Flyers had before Gritty was Slapshot in 1976. Slapshot was like Gritty, being that he was “a 7-foot tall fuzzy orange creature”, though Slapshot looked more like a classically friendly mascot than Gritty. 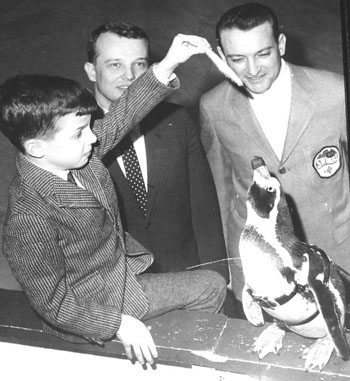 Pete The Penguin being fed // via Pittsburgh Hockey’s archives

While Gritty has been welcomed by the Philadelphia Eagle’s mascot Swoop, Steven Colbert, Ricky Gervais, most NHL mascots and Twitter (Gritty was verified over night)… not everyone is such a fan. The Penguins’ mascot Iceburgh took to Twitter, teasing Gritty. Gritty clapped back, threatening Iceburgh, and winning Flyers fan’s hearts. While Philly fans may have been mocking Gritty earlier that day, the moment Iceburgh trash talked their mascot, the gloves came off.

On his first day on the job, Gritty slipped on the ice, shooting a man in the back with a tee-shirt cannon. After his appearance, Gritty tweeted with Barstool Sports joking, “why didn’t anybody tell me ice is slippery?”. Gritty quickly became a meme, and is aware of it. Gritty tweets self-made memes, is bombarded by fan-made edits, and even announced his internet presence with a simple, “it me.”

Gritty is definitely an unconventional new face in the City Of Brotherly Love, but with his tough exterior and loyalty to his team, it still seems like Gritty may fit right in.

Review: ‘This Is Us’ A Philadelphia Story Shows Us A New Side