The Franco Brothers and the ICE: A Review of 'Patriot Act' Episode Six
Advertisement

The Franco Brothers and the ICE: A Review of ‘Patriot Act’ Episode Six

This week, Minhaj explores the harrowing dystopia made up of America’s immigration problems, a topic that hits home to many members of the live audience and at home. Rather than beginning the show with a funny and relatable introduction like he has done previously, Minhaj jumps straight into the facts and details of the Trump administration’s infamous Immigration enforcement. In fact, one of the only jokes cracked in the first few minutes is a cheap shot at Alec Baldwin and the reality of how we view the National Security Agency (NSA) next to the Immigration and Customs Enforcement (ICE).

Minhaj doesn’t skip over Obama’s own problematic immigration policies (“Yes! We! Can… kick out the Guatemalans) at the beginning of his presidency, much to the pleasure of Obama’s critics. Minhaj then goes on to show the improvement that the 44th president had created before comparing it to Trump’s presidency. While his humour is still generally on point, there’s something lacking in the latest episode, much like the previous one. While this episode is an important one as well as one where not many jokes can and should be made, Minhaj’s latest episode isn’t the same as the first few episodes. He focuses more on the LED screens behind him than the actual delivery of his punchlines. 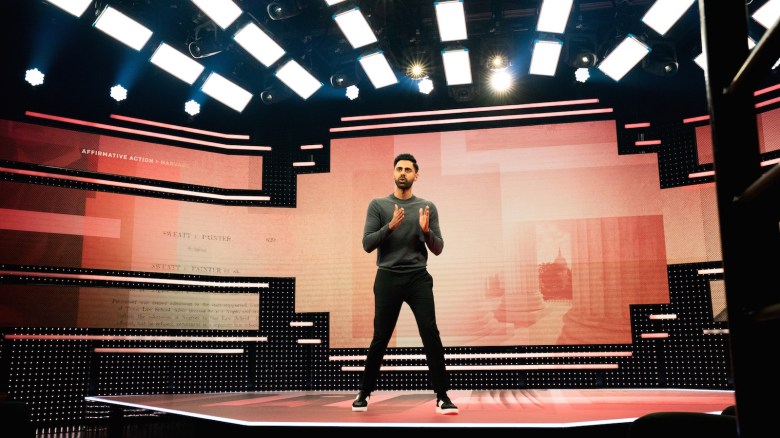 However, the disappointment ends upon the introduction of “d*ck appointments” and the Franco brothers as an allegory for ICE and its components, with Office of the Principal Legal Advisor (OPLA) as the forgotten Franco brother, Enforcement and Removal Operations (ERO) as the problematic James Franco and Homeland Security Investigations (HSI) as Dave Franco. Five minutes into the episode, Minhaj suddenly has the spark from his prior episodes back, saving himself and his show. After this, the jokes almost tell themselves.

However, you may remember last week’s episode, in which Minhaj interviewed a sneaker expert and how the remainder of the episode relied on it for its humour. This week is an improvement, but Minhaj still relies quite a lot on his glorified powerpoint for his jokes, hindering the episode’s authenticity a bit. The jokes feel almost rehearsed or like Minhaj has been sitting on them for a while, risking the show’s “stand-up comedy” feel. 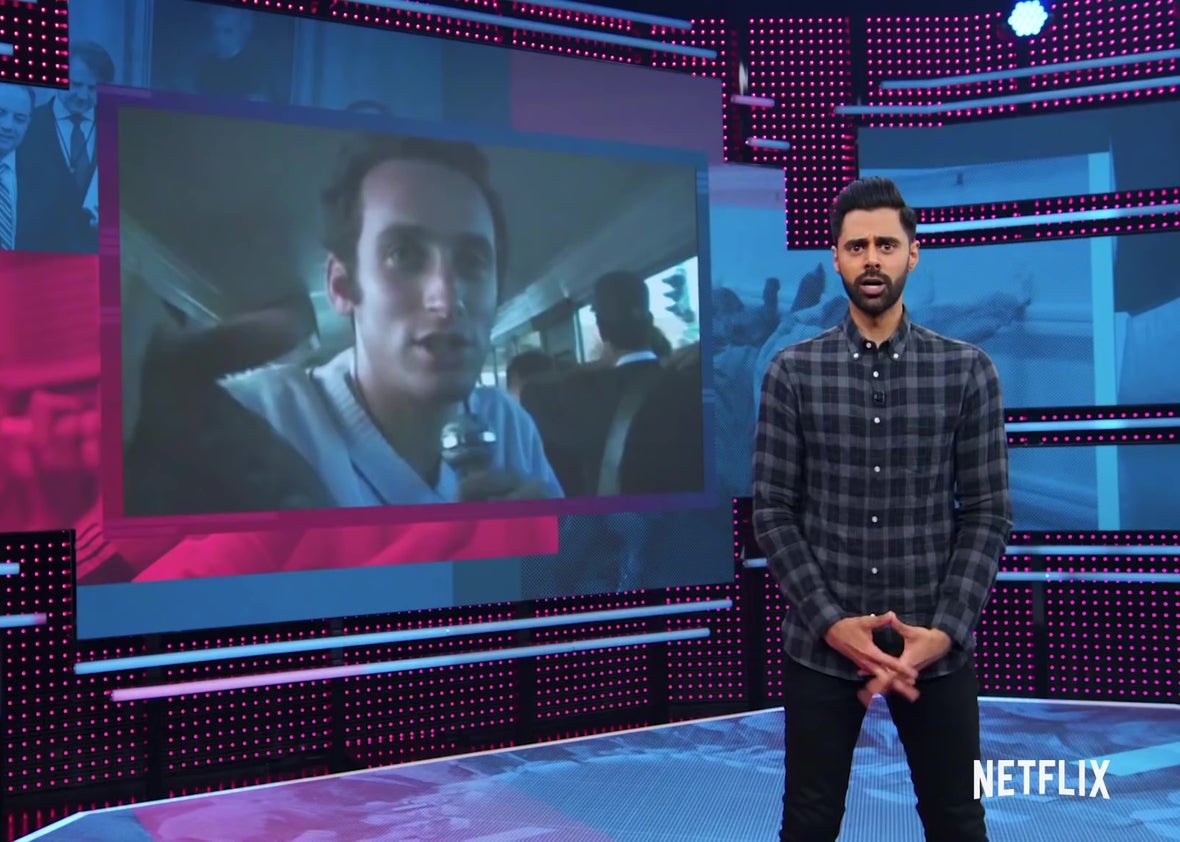 The “Oil” episode had similarly depressing themes but still managed to maintain the comedy within the show while this episode, at times, trails off into almost a TED talk rather than a satirical late-night comedy show. The revelations of Steven Miller’s murky past is almost a crutch for Minhaj in this episode as they are all jokes in themselves, but Minhaj redeems himself properly this time. When confronted with the fact Miller’s hairline was receding at 17, Minhaj remarks, “Did your hair leave you? Or did you just deport it for being brown?” The joke itself was pretty simple but because of the progress of the episode thus far, it had a lasting impact on both the live audience and us, the viewers.

The reins of the LED screens begin to loosen, allowing Minhaj to regain control of his show again – he’s back. Through Miller’s past online footprint and “Coming to America” by Neil Diamond, Minhaj rebuilds the episode in the last half. The stand-up comedy atmosphere has returned, thankfully despite the content discussed becoming darker and darker. It doesn’t seem rushed either like he’s crutching for straws, which I find remarkable because of how uninspired the beginning of the episode was. More importantly, Minhaj begins to use his comedy to remind us about the 2020 elections, right-wing terrorism  and the failings of the US immigration system; “at some point, someone was willing to look over our [applications].”

Hope This Isn’t The Last Time We See Him: A Review of “Supernatural” Season 14 Episode 7