The Future of Vampire Weekend's Sound: A Review of "2021" and "Harmony Hall"
Advertisement 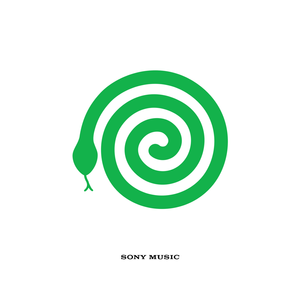 Vampire Weekend, one of the best Indie Rock bands with the least appreciation from teens, have released two new songs after six long years of fans hearing nothing from them. In 2013, Modern Vampires of the City was released and it was one of the most popular albums they had- the fans were eating it up. In my home, my music-loving brothers and sisters and I had it on repeat for months, and we still continue to listen to our favourites from the album. Pitchfork gave it a 9.3 out of 10 for best new music. Their previous albums didn’t do so poorly either; though slightly more upbeat, the albums were loved by Indie-Rock followers who wanted to listen to a band that was relatable but didn’t resemble pretty boy rock. Their music is similar to that of Modest Mouse, The Arctic Monkeys, Cage the Elephant, and many other bands who wrote songs that have become permanently part of so many fans’ playlists. In other words- they’re cool.

However, these new songs prove that Vampire Weekend can be something admirers never thought they could be: mainstream. Not to say that the new songs are substandard; both of them are beautifully written and Ezra Koenig’s voice continues to shine. However, the music behind the vocals especially in “2021”– is less indie rock and more pop rock. For “2021” in particular, the vibe was very different from what the band usually delivered. I think this song may cause older fans to lose interest in the band as they may not like their new musical direction but they’re sure to gain some new fans who are more interested in a strong beat than a meticulous use of words in a song. Though “Harmony Hall” was a bit more similar to their old music, it was almost too similar- the band seemed to have recycled lyrics from an old song. “I don’t wanna live like this, but I don’t wanna die” is a line that was originally sung in “Finger Back” from Modern Vampires. I have no knowledge of whether this is seen as taboo in the music industry when it comes to a group reusing old lyrics but personally, I don’t like the idea of using lyrics again (and again, and again, it’s repeated throughout the chorus of the new song). To me, this seems unoriginal and I think a band like this could do better.

I’m curious to know if the changes in their music have anything to do with the band signing with Sony Music last year, or if Modern Vampires was simply their peak. It’s possible that the change in producers has caused them to think less about what the fans have loved and more about what the company will allow. Overall, I think the new music is not as satisfying as some of their older hits. I would still recommend listening to them, but I wouldn’t say that either track is one of my favourites from them.

If you’d like to check out the latest tracks, “Harmony Hall” and “2021”, be sure to check them out on Spotify and Apple Music.

In this article:2021, Harmony Hall, indie rock, Vampire Weekend
Up Next:

Get To Know ATEEZ, Your New Favourite Korean Boy Band

Catfish and The Bottlemen: Portrait of The Next Biggest Band