The Jonas Brothers are icons in the pop industry, with decades of experience under their belts. When they returned to the stage as a group in 2018, the surprised and thrilled fans. Their double-platinum single “Sucker”  “Sucker” debuted at number one Billboard’s Hot 100 chart, making it the first group to debut at number one this century, and the first boy band to reach number one on the charts in over 16 years. With their smash hit album “Happiness Begins” (read my review of it here) and their sold-out tour to millions of fans, it’s clear that the Washington Post’s assessment of them is accurate, “There hasn’t been a boy band in recent history that’s made a comeback quite like Jonas Brothers.”  Up next on their whirlwind of success on their comfortable return to stardom, is their latest hit “What A Man Gotta Do.”

“What A Man Gotta Do” opens with upbeat guitar strumming and the song is immediately reminiscent of the band’s earlier songs, especially “Lovebug.” Nick sings, “Cut my heart about one, two times/Don’t need to question the reason, I’m yours, I’m yours/I know the other lose a fight just to see you smile/’Cause you got no flaws, no flaws.” 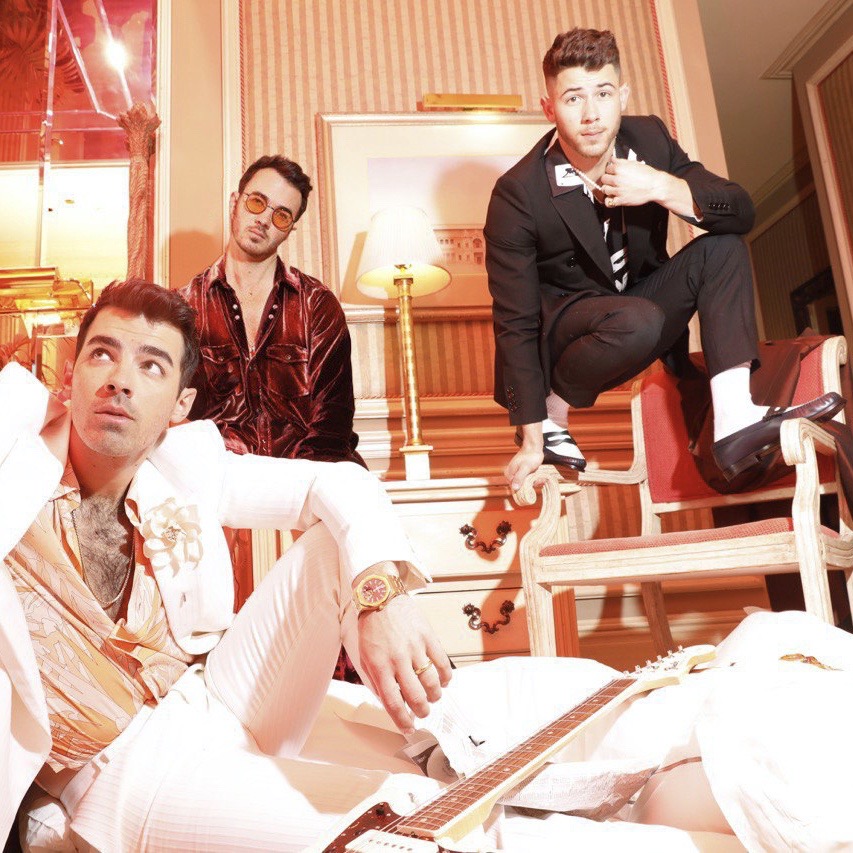 Image courtesy of the Jonas Brothers’ team at Republic Records

A heavier beat begins in the background, sounding like more of an acoustic/hand-held option. Nick sings, “You ain’t trying to be wasting time/On stupid people and cheap lines, I’m sure, I’m sure/So I’d give a million dollars just to go grab me by the collar/And I’m gonna be lost, be lost.”

The chorus repeats in different fragments before Nick and Joe pair up to sing an additional pre-chorus, “I’m not tryin’ to be your part-time lover/Sign me up for the full-time, I’m yours, I’m yours, woo!” Their voices work well in harmony, with limited background noise. Their matured vocal compatibility was exemplified on their “Happiness Begins” tour, as they would sing Nick’s solo song “Jealous” together, amongst other songs.

“What A Man Gotta Do” is a fun song meant to be danced to, preferably with the person you want “to be your last good night and your first good day.” This shiny and bright song keeps with the theme of their updated catalogue, still blending well with their squeaky songs of the early 2000s. It sounds the track that plays as the boy squeaks out to finally get the girl once and for all, in 90s chick flicks. It’s a fun, and yet another triumphant, track about working for those and that which you love. “What A Man Gotta Do” is a disco ball shimmering over a school dance, confetti falling at a birthday party and sparkles in your hair.

You can stream “What A Man Gotta Do” everywhere now!