The Journey of "Anastasia" to Broadway
Advertisement

In 1997, the animated film Anastasia was released in theaters, and was well received world wide. The story followed Anya, the real life Grand Duchess Anastasia Romanov, who was murdered with her family during the Russian revolution. In this story, she escaped her ultimate death, but has also lost memory of her past as a grand duchess of Russia. The film was very historically inaccurate, featuring magic curses and a resurrected-from-the-dead Rasputin. Though as it makes its way to Broadway, much has changed.

The Broadway musical Anastasia is based upon the film, and it features quite a lot of changes to the plot. In this case, however, this works even better with the story. Now, the show becomes historically accurate, and shows a possibility of what could have really happened if Anastasia Romanov actually escaped. In replacement of Rasputin, the evil villain in the film, a Russian secret policeman, Gleb, is after Anastasia, who is presumed dead by the government with the rest of her family.

Starring Christy Altomare as Anastasia (Anya), the story has become even more enchanting than the animated film. Including the same songs from the film, plus newly written songs for Broadway, the show has been set as much more of a musical for the Broadway stage. This is a more mature version of the animated film, really.  In this version, the story deals with the truth of the Romanov family execution by the Bolshevik Government, and how dark Russia truly was at the time. For example, there is a great song towards the end of act 1, Stay I Pray You, which shows the Russian people struggling to forget their past lives and leave Russia for good.

In both stories, the only thing Anya knows is that she has a family connection in Paris. Teaming up with two con men, Dimitri and Vlad, the three of them travel to Paris to prove to the Dowager Empress Marie that Anya is her granddaughter. Anya has no idea she is being used by the two con men for a money reward, but along the way she has help in recovering some of her lost past.  Dimitri ends up falling in love with Anya, and begins believing himself that she is actually the real Anastasia.  Although eventually, Dimitri’s con becomes exposed, and Anya begins to almost doubt her true identity.

In the film, the well known song Journey to The Past is sung right before Anya goes into St. Petersburg, leaving her orphanage forever. In the Broadway show, it is sung at the very end of the first act, as Anya arrives in Paris. This way works much better than in the movie. There are many scenes that work a lot better in the Broadway musical, than in the film. Without any fantasies of magic like in the film, there is just a plain realism about the story when told on stage. If you look at the real story, it is very tragic and sad, and the Broadway show gives us a glimpse at some of this. There are points in the show when Anya remembers screams and blood, which in reality, was her family’s murder by the Bolshevik’s. Russia truly became an enemy to their own royalty after the communist party took over the country from the Tsar, who was in charge of Russia for over 300 years at the time.

Besides tragedy, the musical shows the glamor and beauty that was the Romanov dynasty. In the beginning of the show, there are grand balls as the daughters of the Tsar dance the nights away, and it is the first time you see what their life really was. A perfect touch to this scene, was a struggle with the Tsar’s youngest son and heir, Tsaravich Alexei Romanov. Alexei was tragically born with Hemophilia, a rare, passed on through generation disease at the time. If he did such a little thing as fall, he would bleed uncontrollably, and could possibly die. In this little scene in the musical, young Alexei falls, and the entire family rushes to his side in worry. This is a great depiction of the family’s real life beyond their royalty.

Christy Altomare brings a much new trait to Anya, and that is confidence. In the film, Anya is very courageous, but she herself doubts she could actually be Anastasia. In the musical, Anya remembers very little key moments, and truly believes she is Anastasia. She proves to be correct. Christy brings a whole new look onto the character of Anya, and shows there’s a lot more to her than you think.

This show is enchanting and mystical, and often at times simply beautiful. If you are a fan of the 1997 film, than you are for sure going to love the Broadway musical. Anastasia begins Broadway previews this week, Thursday, March 23rd at the Broadhurst Theatre in New York City.

Lorde is Ready to Make Us All Cry with Melodrama

Music For Millennials Wishing They Were Born in the 90’s 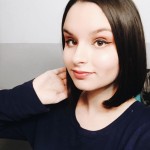