The Goonies meets Dawson’s Creek in a brand new soapy-teen drama. I hadn’t heard much hype about this show – tt wasn’t on my radar until I came across a Tweet about it. That’s when I decided against giving the show the boot. It did take me going back-and-forth on the first episode for a bit, I admit. However, settling down into the ways of the “Pogue” life wasn’t so bad.

The stage is set in North Carolina’s Outer Banks and chronicles the tale of two sides. Our narrator and main protagonist, surfer-boy John B. Routledge (Chase Stokes), puts it this way for the Outer Banks: “You either have two jobs or two houses.” This caste-system is a major point of conflict for John B., his crew and his Kook-princess love interest, Sarah Cameron (Madelyn Cline).

John B.’s crew consists of JJ (Rudy Pankow), a comedic-hot head, Kiara (Madison Bailey), a one-with-the-world activist (that’s actually rich but the Kook life isn’t her vibe), and Pope (Jonathan Daviss) a genius who’s very concerned with his impending scholarship interview. Following a devastating hurricane, John B. and his friends stumble across a boat and a key that leads them into a shady side of town. When John B. finds his father’s compass, things get set into motion. He gathers his friends in an effort of finding a $400 million-dollar-fortune and finding more on his father’s where-a-bouts.

In order for this to be as spoiler-free-as-possible, I’ll stop there. The flair of this show is that it’s always evolving. The story includes many layers and it doesn’t stop moving. The series encompasses a little bit of everything: romance, crime, mystery, drama and a scary-old-lady. While more plot-driven, the series keeps in mind the teen’s personal lives. Despite how quickly things seem to go wrong, the show doesn’t lag behind the character drives and motives. It also doesn’t leave these kids in a parent-less utopia, which seems to be a serious problem in most teen-oriented shows. No, the kids of the Outer Banks don’t actually listen to their parents, not even remotely, but it’s nice that there’s a parental force somewhere around.

The well-directed show gets the summer-y vibe I adore right. The cinematography enlists sunsets, golden-hour lighting and shaky-cameras for high intensity scenes. The show itself is a visual stunner, right along with its actors. 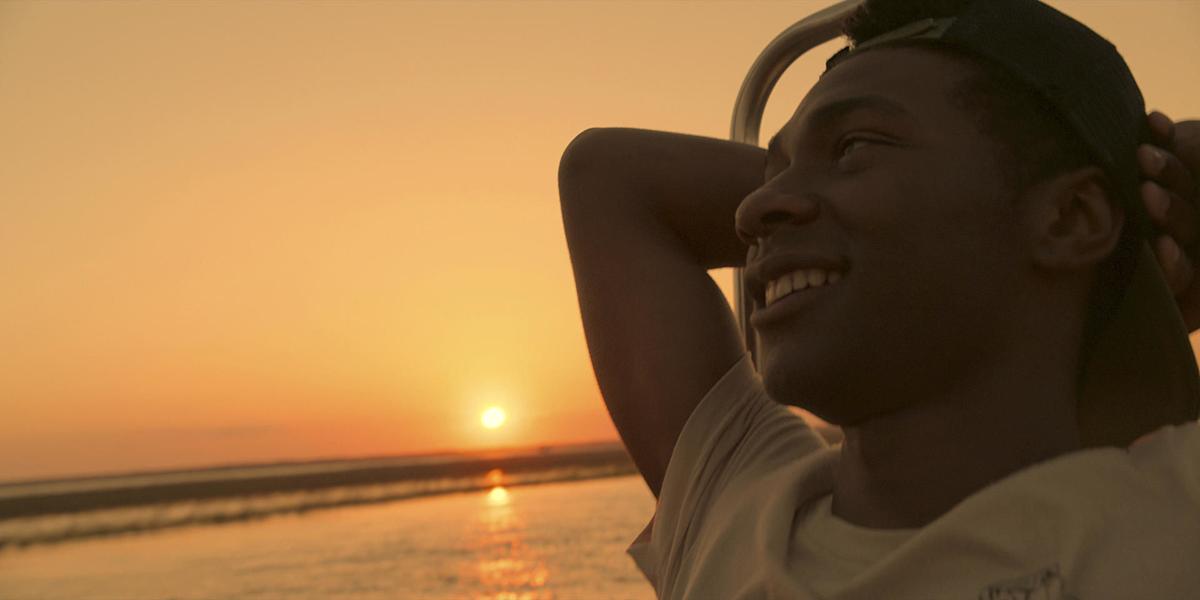 At times, the show falls a bit flat on its face. It doesn’t cower away from what I consider protagonist luck. The clan somehow maneuvers their way out of various close calls. There are a few near-impossible scenarios here-and-there. There are also some cheesy-eye roll-inducing professions of love. Some of the characters are slightly cartoon-ish. It’s everything you can expect in the teen-drama market. Yet, the work as a whole, distracts from these weak points. The show is the epitome of fun and that’s why it works so well.

The show has the it-factor. The dialogue is well-versed. The actors are genuinely talented (especially Pankow). The drama doesn’t miss. The Outer Banks has everything I look for in a teen show. Quite frankly, this is one of the best series Netflix has put out for this sector in a while. After binge-watching the first season in two days, I look forward to what’s next. I do have some concerns. I’m not clear on how much this series could advance past the second season, but I don’t doubt the creativity of Josh and Jonas Pate. That being said, if you haven’t seen it, watch it. This show is the next big thing.

The Trials of Gabriel Fernandez: Why I’ve Lost Faith in the System