The Obamas Are Taking Over Netflix
Advertisement

It’s no secret that the Obamas have an immense influence amongst the younger and older generation, so it isn’t exactly absurd that they will be expanding to the content that we watch.

Barack and Michelle have officially signed a multi-year deal with Netflix, and most of the world is already awaiting what’s to come with excitement.

In his statement, the former President said:

We hope to cultivate and curate the talented, inspiring, creative voices who are able to promote greater empathy and understanding between peoples, and help them share their stories with the entire world.

There date and type of content haven’t been specified, but their first project should be appearing in 2019, and as said on Netflix’s announcement they “will produce a diverse mix of content, including the potential for scripted series, unscripted series, docu-series documentaries and features”.

Besides being producers for the company, they might also be making appearances on camera.

The Obamas seem to be just as thrilled as their future audience to be able to share stories while doing what they did best during their time in the White House – connecting with and inspiring people.

While conservatives might not like this idea, I’m sure this will be a good thing, politics aside. I don’t doubt for a second that they will be giving us some incredible content.

The Obamas have already left their mark and they’re here to do it again, this time through entertainment.

It’s Time to Take Tonya Harding off of Her Pedestal 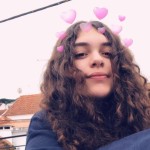