The Racial Politics Behind Britain’s Fixation With ‘Humility’
Advertisement

If you ever, unfortunately, find yourself under the comments section of any Daily Mail article or Facebook post, you’ll notice the disparity in criticisms against artists such as Beyonce, Kanye and Nicki Minaj weighed against adulation for Britain’s darlings, Adele and Ed Sheeran.

Their rags-to-riches ascent into A-list success, to most, signifies an almost quintessentially British Cinderella story. One being the lovable rogue with a heart of gold, and the other, the kind of girl you could grab a drink with at your local pub. Regardless of how seemingly innocuous this pattern may be, it’s important that we begin to scrutinize the relationship between the public’s favour, humility and its correlation to whiteness.

Great Britain, in comparison to the U.S., has always been famed for its reserved nature. We’re the customarily conservative older cousin of our transatlantic counterparts. Our humour is dry and self-deprecating. We often apologize (infuriatingly so) in instances when we’re not at fault. Humility, therefore, seems to be at the heart of our culture, but what are the consequences of this European fixation on communities of colour?

Time and time again, we can point to a cultural backlash against black people who dare to step outside the mold of meekness. We witnessed the vitriol directed toward Beyoncé, following the release of “Bow Down / I Been On” and “Formation.” The so-called “self-aggrandizing” message in both songs and her Grammy performance in 2017 led not only to a white feminist onslaught on social media but provided those who already viewed her as self-obsessed with ammunition. Many misinterpreted her message and wondered how an artist who has routinely integrated the politics of feminism into her work could then tell other women to “bow down.”

In fact, the symbolism of her message stated quite the opposite. “Bow Down,” which later merged into “Flawless,” wasn’t an antifeminist ballad, it was a form of retaliation against the naysayers who sought to detract from her career. The rebellion behind such lyrics as: “Don’t think I’m just his little wife” served as a rallying cry that saw Beyonce take back her agency as a woman. Through this, other women were implicitly urged to do the same.

The coded language used in the discourse surrounding public figures like Beyoncé and Kanye and the implicature of it, however, is dangerous. Racially charged epithets like “diva” and “ego-maniac” perpetrated by the British media only contribute to the suppression of the self-esteem of black people.

Specifically, when we examine the cultural and historical foundations of hip-hop, an art form fueled by male bravado and peacock-ing, it’s difficult to imagine how the concept of humility could ever tie into it. And why should it? The public’s alienation with Kanye West has spanned the entirety of his career. The release of “I Am A God” and his claim to being “the greatest rock star in the world” undoubtedly led to this discord. But is the problem here actually with Kayne’s supposed overconfidence? Or instead, is it the idea of a black man daring to possess a shred of self-belief in spite of society telling him he doesn’t matter?

And what about that 1995 Venus Williams interview in which a white journalist had to be reprimanded by the young tennis star’s father for undermining her confidence. Her father rightly emphasized to correspondent John McKenzie that he was dealing with “the image of a 14-year-old [black] child.” Ultimately, the interview highlighted a larger problem in society, that in which our young black children are told from an early age that in order to cater to the comfort of others, their light must be dimmed as a result.

I’m reminded of Chimamanda Ngozi Adichie’s speech where she critiques the ways in which society teaches girls “to shrink themselves, to make themselves smaller.” This idea is certainly true in terms of black people and the freedom of self-expression afforded to us. The acknowledgement of our magic or excellence is deemed threatening. To proclaim it proudly is an affront to the sensibilities of polite British society.

It’s crucial to understand that these micro-aggressions don’t just affect the Hollywood elite — black people in other aspects of everyday life are also targeted. From academia to the workplace, the effects unavoidably tickle down. Hell, it’s even prevalent in our reality shows (see: Deborah and Hannah Agboola, Big Brother 2017). Just as Britain is reserved in comparison to our American relatives, the systematic racism is just as unassuming. The impact is also just as detrimental. 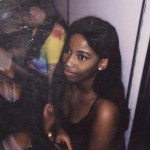 Vuyo is a 19 year-old law student and writer of South African origin. Her love of Beyoncé, social justice and literature written by women of colour fuels her day-to-day.