The Real Struggle Of Women And The Music Industry
Advertisement

Harry Styles Rolling Stone article has shaken up the world, I’d kindly recommend to read it as it is in fact quite enjoyable apart from the interviewer’s need to shove down our throats the “apparent relationships” the star has been in. A later article written on the same magazine claims this new Harry Styles era starting with a “Sign of Times” is quite delightful to his fans who see Harry and I quote as a: “woke, seventies-loving rock singer with no qualms about defying bro-y masculinity…” according to Rolling Stone

I personally find this statement quite interesting because the music industry and the journalism that surrounds it are known for being misogynistic, they are proud of their “masculinity” and their rock n’ roll life. Since this whole platform started the female artists, fans and later on as times develops the female journalists have been cornered by this industry and maybe that’s the reason why everyone is so shocked to see artists breaking this wall that David Bowie and Prince themselves worked really hard to break.

“Who’s to say that young girls who like pop music – short for popular, right? – have worse musical taste than a 30-year-old hipster guy?…. You gonna tell me they’re not serious? How can you say young girls don’t get it? They’re our future. Our future doctors, lawyers, mothers, presidents, they kind of keep the world going. Teenage-girl fans – they don’t lie. If they like you, they’re there. They don’t act ‘too cool.’ They like you, and they tell you. Which is sick.” Harry Styles for Rolling Stone

Jessica Hopper, Executive Editor of MTV News on August 2015 asked on her Twitter page the following question “Gals/other marginalized folks: what was your 1st brush (in music industry, journalism, scene) w/ idea that you didn’t ‘count’?” with that being asked you would definitely expect different stories coming up but the hundreds of responses show a much worse reality than the one you would imagine going on in 2015 and STILL IN 2017.

The stories written by several women and retweeted by Jessica at the time show the different realities women go through while trying to build their career in the music industry, women being mistaken for groupies or girlfriends, being harassed, assaulted, and with their opinions and ideas being described as invalid or unreasonable by their peers and bosses.

Let’s not get started on the stories of girls being scrutinized for their music tastes and being shamed by their own idols for liking their music and making it “not appealing” for a male/older audience, Harry tackles this issue and people have applauded him for it something we shouldn’t be doing in 2017 not because Harry is not right because he is 100%  but because it should be a well-spread ideal on the century we live in, technology surrounds us but we still shame women for being “that kind of girl” and even for not being “that kind of girl”.

There’s injustice and aggression in an industry thousands of women across the world would love to be or are a part of, “micro-aggressions” like being hit on at an interview, being ignored at the time of making decisions or sent to “work on the female stuff” to bigger and more infuriating issues like assault and violence from their coworkers, peers and even the own artists they’re interviewing.

Let’s leave this article with a tweet one of the women responding to Hopper’s tweet “on tour the artist said, “if we can’t fu*k you, you’re not getting us coffee, what exactly are you doing here?”

In this article:Harry Styles, industry, music, rock
Up Next: 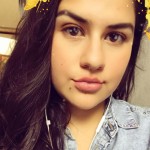 Cata is a media and communications major at college who loves old rock music, languages and read as many books as she can get.