The Struts: A Concert Review
Advertisement

On July 16th, in the Egyptian Room in Indianapolis Luke Spiller, Adam Slack, Jed Elliott and Gethin Davies had a full house dancing, screaming and overall jamming. The English rock band known as The Struts has been rocking every crowd they see on their Young and Dangerous Tour. They are touring for their most recent album Young and Dangerous, but also sing songs from the 2016 album Everybody Wants and singles “One Night Only” and “Dancing in the Street”.

The setlist for The Struts show is brilliant. It keeps you on your feet the whole show with songs that are easy to dance to.  “Primadonna Like Me” gets everyone warmed up and ready to go as an opening number. It’s followed by “Body Talks,” which no one can help but to dance to. The first two songs are a one-two punch that set the dynamic for the whole song. With songs like “Mary Go Round” and “Ashes” thrown in there are also some songs to sway to with fellow concert goers and pull out the flashlight for. At the Indianapolis show there were even bubbles used for “Mary Go Round” that really made the whole song experience pretty beautiful. The show ends with “Could Have Been Me,” leaving the audience satisfied with the concert, and ready to go live life as the song says, with no regrets.

As for the band themselves, what a group! Luke Spiller is super dynamic as the leading man with his singing and dancing, but also in his interactions with the audience. At the Indianapolis show he consistently encouraged the crowd to dance, told a few stories, ran a contest to see which side of the crowd could be loudest and led by example on how to party hard. And oh the costume changes were fun! The many flamboyant outfits added to the show and Spiller rocked them all. Meanwhile the Slack, Elliott, and Davies were stellar the whole show. All had impressive solos and they all also had fun interacting with the audience. Jed Elliott even shared a few toasts with audience members. The showmanship is better than I ever could have expected with this band and combined with good music it makes for a truly fun, wild and awesome show.

The Venue, Atmosphere and Conclusion

In conclusion I would give this concert a 10/10. The venue was good and gave the show a good atmosphere. The audience was lots of fun and ready, as well as willing, to have a good time. The opening band, The Glorious Sons, more then impressed and the crowd really enjoyed them. The setlist is loaded from top to bottom with songs the audience will love. The band puts on a brilliant show with their personalities shining through, talent, costume changes, audience interaction and onstage partying. I’d highly recommend seeing them live and they still have tour dates left. Only buy tickets if you’re ready to shamelessly dance the night away!

Cucumbers and VHS: A Review of HA:TFELT’s “Happy Now”

Brockhampton’s New Music Video Has Us Rolling on the Floor, Literally 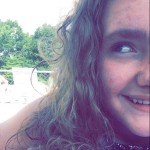