The Summer of Harry Potter Celebrations

Potterheads, rejoice! With July 19’s announcement of two new books and a limited-time exhibition at the British Library, fans of J.K. Rowling’s wizarding world have seen a summer of Harry Potter-related projects worth celebrating—and, more likely than not, shuffling through one’s merchandise with the hopes of finding a Time-Turner capable of transporting oneself to October.

The 20th anniversary of the day Harry Potter and the Philosopher’s Stone hit the shelves and began touching the hearts of readers across the globe, brought with it a series of exciting changes. Bloomsbury, the publishing company responsible for uniting the first book with its fan base, participated in the festivities by giving Philosopher’s Stone a makeover in early June. Available in both hardcover and paperback, each of the 20th anniversary editions offers extra content, as well as designs specific to each of the four Houses – for example, one book dedicated to Ravenclaw’s House crest, mantra, blue paper and title font, and more. On June 23, only three days before the anniversary, Universal Studios launched its nighttime light show at the Harry Potter section of the park—a dazzling array of red, blue, green and yellow projected onto the side of Hogwarts Castle, in accompaniment with the voice of the school’s very own Sorting Hat.

Finally, with the flourish of a wand and the Revelio charm, Potterheads gathered via social media on July 19 to discuss the fandom’s most recent update. Fans now know the official date (October 20) in which the British Library plans on opening its Harry Potter-themed exhibition and books to the public. This project was the result of a collaboration between the British Library, Bloomsbury and J.K. Rowling, herself. Rowling shared an exclusive look at the artwork featured on the cover of Harry Potter: A History of Magic, The Book of the Exhibition, on the official Pottermore website. The article there relates the thought process behind Jim Kay’s phoenix, a choice, according to Senior designer John Overeem, portraying both “the old—positively ancient—and the new.”

“[It] seemed symbolically the most hopeful and dynamic,” Overeem explained to Pottermore. “The Jim Kay version is in such vivid colors it soars right off the page.”

Providing a magical collection of the history folklore, and mythology from which the original Harry Potter series emerged, both of the books were intended to accompany the artifacts in the British Library’s temporary display, and authorship is credited to the Library, meaning they were not written by Rowling alone. The Book of the Exhibition compiles manuscripts and artwork from Rowling’s archives, essays from commissioned writers dedicated to each subject and relics from around the world. Its sibling, Harry Potter: A Journey Through A History of Magic, is described on Amazon as a “spellbinding book [that] takes readers on a journey through the Hogwarts curriculum, including Herbology, Defence Against the Dark Arts, Astronomy, Divination and more.”

From alchemy and dark magic, to phoenixes and mandrakes, the exhibition’s historical texts, artifacts, and modern illustrations will offer an in-depth look at this celebrated world Rowling has created, unlike anything fans have ever seen before. Those of us who don’t live in the UK (and don’t have access to the Floo Network, of course) need not fret: together, The Book of the Exhibition and A Journey Through A History of Magic are expected to cover the exhibition in great detail, so the information will be accessible to all. For those Potterheads lucky enough to stop by, the display is set to run from October 20 to February of 2018, according to The Independent.

How many other Potterheads out there have been celebrating these recent announcements? Do you plan on reading the new books?

Author
Alyssa Cink
Alyssa here! As a 19 year-old English major, writing is my favorite pastime. I enjoy confronting a variety of subjects in my essays, stories, and poems - from geeky to newsworthy, serious to lighthearted, and factual to creative. It's usually a hodgepodge of whatever's on my mind at a given time.

Editor’s Note: I received a free copy of this book an exchange for a fair, honest review. After…
byPhyllis Feng

‘An Emotion of Great Delight’: A Review of Tahereh Mafi’s Heart Breaking Release

Editor’s Note: I received a free copy of this book in exchange for a fair, honest review. Tahereh…
byPhyllis Feng 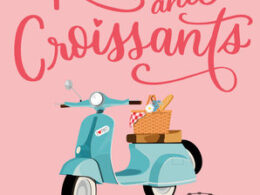 From the early days of their stardom, the English-Irish pop boy band One Direction, formed in 2010, has…
byHania Def
237 shares
0
0
237
We use cookies to ensure that we give you the best experience on our website. If you continue to use this site we will assume that you are happy with it.Ok