In a cruel world like ours, you either know someone who’s been sexually assaulted, have been sexually assaulted or both.  Perhaps you could claim to be part of the lucky ones who do not fit into this dichotomy, but whether or not you do, it should be known that sexual assault is perpetual in our culture.  For the longest time, rape and sexual assault cases have been received negatively—often in a way that invalidates the victim and their experiences in order to salvage whatever’s left of the perpetrator’s reputation.

While there’s still much to work on, it’s undeniable that society’s made a morsel of progress through the widespread impact of the #MeToo movement. On October 15, 2017, Alyssa Milano tweeted the #MeToo, encouraging victims of sexual assault to gain the courage to come forward with their stories of rape and sexual abuse.  Prior to this, allegations of sexual assault involving producer Harvey Weinstein spread like wildfire, with stories of sexual assault from people like Gwyneth Paltrow and Salma Hayek, and rape stories from Rose McGowan and Asia Argento.

The #MeToo movement rapidly gained traction and its hashtag was used over 500,000 times the day after it was tweeted by Milano. Celebrities and other known personalities such as Laura Dern, Terry Crews, Cara Delevingne, Uma Thurman, McKayla Maroney and many more used this as an opportunity to come clean to the world and say that they, too, were victims of sexual assault.

However, it needs to be acknowledged that the #MeToo movement was around long before Alyssa Milano popularized it.  The movement was spearheaded by black activist Tarana Burke, who was inspired to start the movement because of a 13-year-old girl who told Burke about her sexual assault.  Because of McGowan and Argento’s overpowering voices and controversial, never-before-heard stories, they have been portrayed as the leaders of the #MeToo movement, and while their stories are completely valid, this blatantly disregards Burke’s efforts and everyone else’s experiences.

If you’ve been sexually harassed or assaulted write ‘me too’ as a reply to this tweet. pic.twitter.com/k2oeCiUf9n

Recently, a controversial revelation surrounding Asia Argento has come to light.  According to this New York Times article, a 37-year-old Argento sexually harassed a then 17-year-old Jimmy Bennett in California (where the age of consent is 18) and paid him $380,000 to keep his mouth shut about their affair.  Bennett played Argento’s son in the 2004 film The Heart is Deceitful Above All Things.

The document lays out Mr. Bennett’s account: Ms. Argento asked the family member to leave so she could be alone with the actor. She gave him alcohol to drink and showed him a series of notes she had written to him on hotel stationery. Then she kissed him, pushed him back on the bed, removed his pants and performed oral sex. She climbed on top of him and the two had intercourse, the document says. She then asked him to take a number of photos.

Argento and Weinstein have both sexually harassed someone and paid them to stay quiet.  The difference? Weinstein is facing huge consequences, and while that’s well-deserved, there doesn’t seem to be a valid reason for Argento to be safe from facing consequences as well.  Barely anyone has sparked meaningful discussion over Argento’s case, and whenever there is discourse on the case, it is often perpetuated by those with ulterior motives to dismantle the #MeToo movement or those who believe that sexual assault undergone by men are invalid and nonexistent.

There’s no doubt that Asia Argento’s rape story is true and valid.  However, this does not invalidate Jimmy Bennett’s. The #MeToo movement is not irreversibly dismantled because of someone’s grave mistake—we need to know better than to put the fate of a cause that aims to liberate in the hands of imperfect people.  Now, more than ever, society as a whole needs to recognize the validity of all kinds of sexual harassment, and that includes the experiences undergone by men.

According to RAINN, 1 out of every 10 rape victims identify as male, and about 2.78 million men in the United States have been victims of attempted/completed rape as of 1998.  In the Philippines, anti-rape laws only recognize female victims and male perpetrators, which means that male rape victims are not recognized by the country’s anti-rape law and courts.  This is extremely harmful because as it’s been said, male rape and sexual harassment are very real issues, and if there aren’t any laws in some regions of the world recognizing them, male victims will be discouraged from coming forward with their stories since parts of society refuse to acknowledge them.

All in all, we must take into account that the #MeToo movement is supposed to be inclusive of each and every story of sexual harassment and rape.  Sexual assault knows no race, gender, orientation, age, or class, for it is an issue that affects everyone. When the entirety of society starts to acknowledge these facts, victims will gain the courage to share their stories, and more of us will be compelled to do and say things that will benefit and uplift rape/sexual assault victims everywhere.

Update as of September 3, 2018: CNN has removed the episodes of Parts Unknown featuring Argento from its streaming service, CNN Go.  The late host of the series, Anthony Bourdain, was romantically involved with Asia Argento until the time of his death.  A spokesperson from CNN has confirmed that the episodes were removed from CNN Go due to the allegations against Argento.

Why Our Generation Needs Harry Styles

Ariana Grande Is More Than A Powerhouse Vocalist 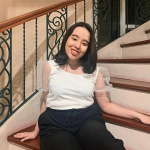 “There is so much to write and so much to make right” — Fifteen-year-old passionate about the written word, social issues, art, and culture.