Therein Lies the Catch: A Review of ‘Euphoria's’ Pilot
Advertisement

I did not come into Euphoria with high expectations. I, of course, expected it to be decent, considering it featured beloved Disney star Zendaya, but I was convinced it wouldn’t be a show that would stick with me. Particularly, after learning of Drake’s involvement in the production, I expected nothing more than a Degrassi, another typical teen drama, on steroids, especially following its controversy. Many thought it was too much. Upon hearing of a scene where the directors had to cut out over 80 penises and an actor quitting during filming, I also decided it was a show designed to showcase its vulgarity and graphic nature, rather than a show designed to help us feel the reigns of darkness in our adolescence. However, Euphoria has proved to be going in a direction opposite of my initial impression of the show.

The HBO series, intended to be a remake of Ron Leshem’s 2012 original, is created by Sam Levinson, whose work includes 2018 flick Assassination Nation. His works in essence have a similar feel to Euphoria, and his forte is the perils of youth. The cast list, aside from K.C. Undercover’s Zendaya, includes a number of familiar faces such as The Hate U Give’s Algee Smith and The Kissing Booth’s Jacob Elordi.

The show begins quite literally in the womb. Rue Bennett (Zendaya) describes her descent into addiction stemming from her childhood in a bleak, humorous narration that remains consistent throughout the show. She tells us of details like how she was born three days after 9/11, potentially to allude to her melancholic existence, and how after being interrupted from counting the blocks of her ceiling lights, her outburst led to her being diagnosed with a number of mental disorders, including OCD and panic attacks. 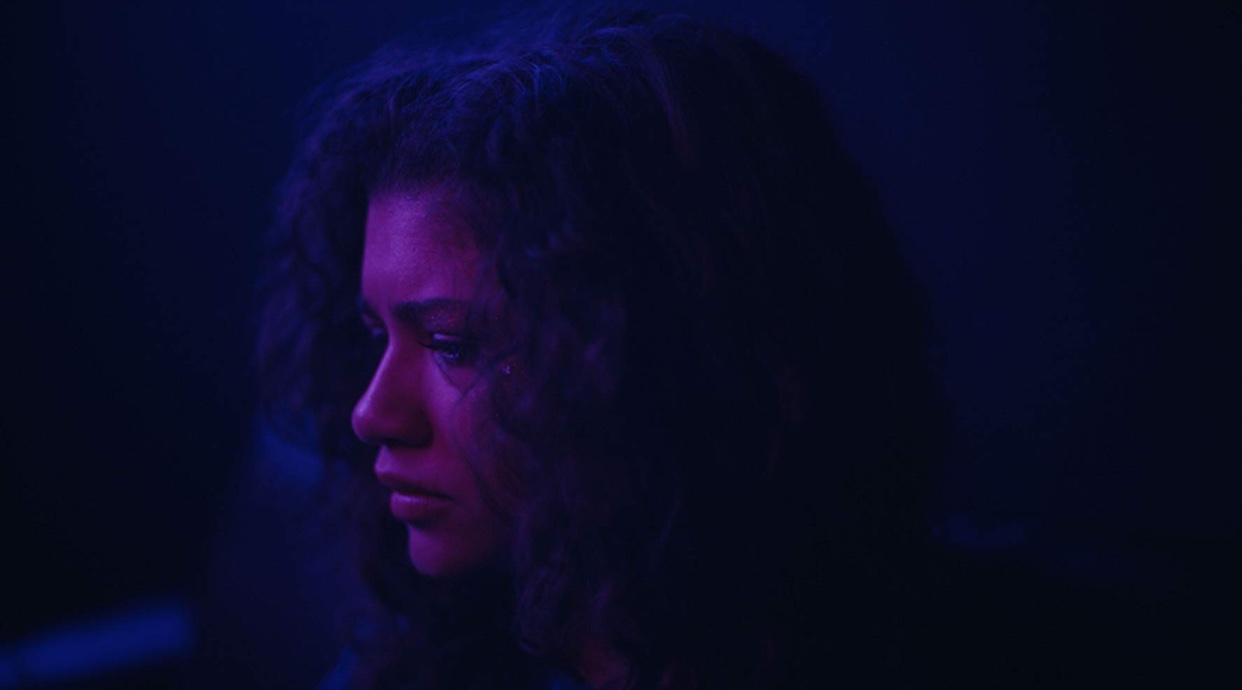 The premise of the show is a 17-year-old “recovering” drug addict, Rue, who, after a stint in rehab, reverts back to her old self, not even a day after returning home. It showcases her strained relationship with her family, particularly her younger sister, Gia (Storm Reid), who found her gasping for air in her bedroom in a terrifying scene depicting her laying in her own vomit following a nasty drug overdose. Even for someone who hasn’t been exposed to nearly half the things discussed on this show in real life, it’s very much an eye-opener that almost brings to surface unannounced feelings within me.

Yet, the story is not completely based on the main protagonists, and includes her most notable co-star, Jules (Hunter Schafer) a trans new-girl-in-town who finds herself in a hookup with a much older man that, following a camera shot towards the end of the episode, proves to be a salient character in the storyline. 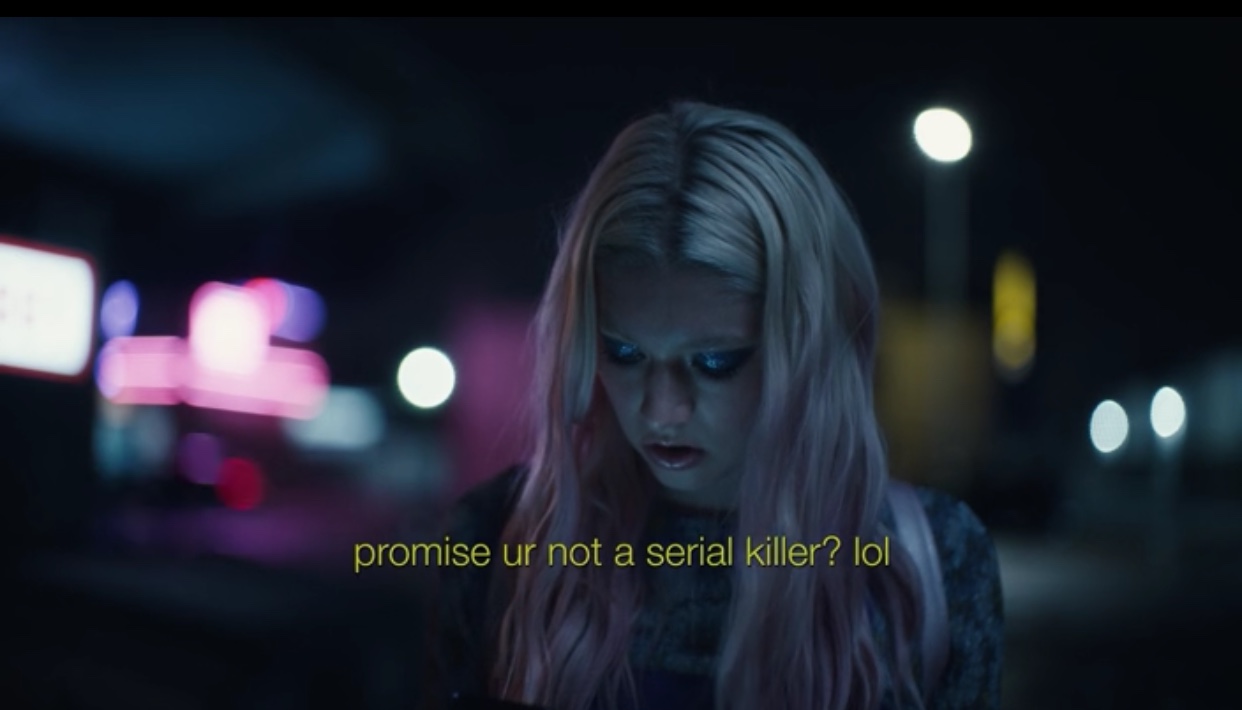 Other characters include Nate (Jacob Elordi), an egotistical jock, with a chauvinist, abusive tendencies. His on-and-off girlfriend, Maddy (Alexa Demie), proves to be as daring as him after she pulls a dubious stunt. Nate is a sharp contrast to sweetheart Christopher McKay (Algee Smith), his friend who is clearly impressionable. Christopher acts upon an idea planted in his head by Nate in an almost uncomfortable sex scene, where the narrator, Rue, assures us it will not go as terribly as we think.

The content of the show allows us to get into the head of the protagonists. In a scene between Rue and her neighborhood, friendly drug dealer Fezco (Angus Cloud), he speaks on her overdose and tries to reason with her about her addiction. She then explains her reason for her chase for this euphoria in an audience-connecting moment that compels you to reach out and help her, ultimately leaving you reeling off a conversation that Rue tells Fezco she’s “too high for” right now. 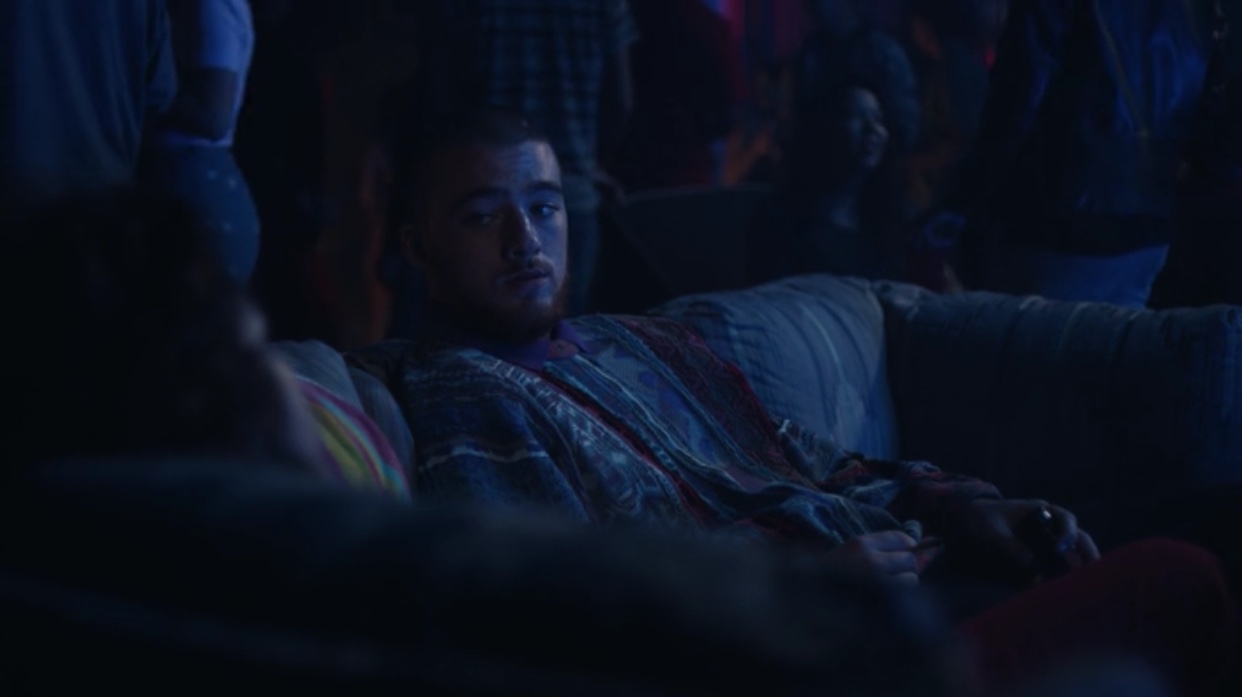 Angus Cloud and Zendaya in Euphoria. Image Credit via HBO.

The talented cast does a great job of embodying their roles and disguising any inexperience the actors may face in out-there parts. The dialogue and relationships between the characters come off genuine, suggesting chemistry behind the scenes that seamlessly bleeds into the show.

Moreover, I think it’s important to address those who question the realism of this show. Many, mostly parents, paint the series to be a hypersexual, drug idolizing show, that is meant to make teens crave the onscreen drama. And while yes, it does make me question the boringness of my sheltered adolescence, it isn’t meant to glorify this behavior.

This show is a lot, but very realistic. #EuphoriaHBO

Based on Levinson’s background, a struggle with addiction, depression and anxiety while growing up, I doubt he would want anyone watching this show to feel pressured to partake in things of that nature. His background, in turn, helps bring light to the parts of growing up that adults hate to acknowledge and try to push off as some dramatization of reality.

The series has garnered generally mixed reviews from the public based on its content, but the quality of the series has earned it an 8.3/10 rating of its pilot episode and an overall 7.8/10 rating of the show on IMDB. It’s also earned a great deal of critical appraise across social media.

I can’t stop crying. For anyone over the age of 35 that says this isn’t realistic doesn’t understand. Technology made being a teenager so much harder. Teenagers are not the same in this generation. I wish I didn’t relate to this show as much as I do. @Zendaya ❤️ #EuphoriaHBO

The cinematography and the dialogue of the show creates a delicate blend that allows you to feel along with and connect to the characters. Conclusively, the minds behind this series reveal sentimental truths of anxiety disorders, addiction and peer pressure through the representation of different types of characters, which is great for connecting to teens going through this age right now and those who once experienced the highs and lows of rising to adulthood.

Why Your Internet Sucks: A Review of Volume 3, Episode 6 of Patriot Act

‘When They See Us’: On the Central Park Five And America’s Flawed Judicial System