Let’s face it—Korean entertainment has reached a whole new level, touching hearts of many with its uplifting Korean pop music and unique Korean dramas. I myself never thought that I’d become someone who would wake up early in the morning just to continue watching my new favorite KDrama and binge-watch all day and night with my comfy blanket and delicious snacks.

Why do people like KDrama? To answer this question, KDrama is famously known for having a wide range of varieties of genres from rom-coms, fantasy, to historical, sci-fi, political, or even a combination of selected genres. It gives a well-balanced story line with the right amount of number of episodes needed to produce, and both the creativity and culture orientation never goes unnoticed. Also, of course, must I not forget to mention the talented, appealing actors and actresses who never fail to make every fan swoon in front of their screens.

If you’re someone who takes interest in starting to watch KDrama, here are three of my favorites that might help you take your first few steps on your new journey (Trust me; it will be fun!):

Usually when people think about the “historical” genre, others would say that it is one of the most (or actually the most) boring genre to ever exist. On the contrary, Moon Lovers: Scarlet Heart Ryeo will make you think otherwise. This drama is about a girl from the modern times named Go Ha-jin (IU) who transports back in time to the early Goryeo era during a solar eclipse. She is then trapped in the body of Hae Soo, and from there she meets the seven royal Wang princes, the sons of King Taejo, and eventually falls in love between the eighth prince Wang Wook (Kang Ha Neul) and the fourth prince Wang So (Lee Joon Gi). Moreover, she also catches herself in conflicts involving politics, family, friendship, and even betrayal.

Moon Lovers: Scarlet Heart Ryeo was the first ever KDrama that I watched and truly appreciated. Although the synopsis didn’t give me much anticipation, many emotions were felt throughout—giddiness, sadness, anger, nervousness, happiness, laughter, etc. Other than being a romance, melodrama and historical drama, there is also a touch of comedy, which made me enjoyed watching it even more, and at the same time it is very educational, giving me the interest in learning Korean history and culture.

Another thing that made me love Moon Lovers: Scarlet Heart Ryeo was its golden original soundtrack that never fails to maintain the hype when watching each of the sixteen episodes. Don’t believe in me? Maybe give a few of these songs a try.

If you’re looking for a KDrama that will give you many feelings, Moon Lovers: Scarlet Heart Ryeo is the right one for you. (Also, be prepared to be head over heels with the many handsome princes of Goryeo.)

If Moon Lovers: Scarlet Heart Ryeo will give you a heavy feeling, Weightlifting Fairy Kim Bok Joo is the opposite of it with its coming of age and romantic-comedy genres. It is mainly about college athletes who try to overcome their personal troubles and achieve their dreams, and shows how important both family and friendship, including mental health, are in life. It also involves a romance between two childhood bestfriends, cheerful and strong Kim Bok Joo (Lee Sung Kyung), a student weightlifter at Hanwool College of Physical Education who aims to become an Olympic gold-medalist, and playful Jung Joon Hyung (Nam Joo Hyuk), a student swimmer of the same school who, despite his overflowing confidence, suffers from a trauma after his first international swimming event.

This drama is extremely precious to me because of how realistic it is. It has taught me that being successful is never easy. Whether we like it or not, (a lot of) hardships must be overcome to be able to pursue, but sometimes we can’t always get what we want, and as much as we want to be ambitious and work hard, at the same time we should always look over and prioritize our own well-being.

Other than the helpful life lessons, Weightlifting Fairy Kim Bok Joo is that KDrama that will make you pause the episode for a while and giggle over the cuteness to the maximum level. It might even cause you to blush like a cherry bomb! In addition, you can always rely on this drama if you want some escapism from the real world, for it will cheer you up in no time.

Want some action? Take Healer, which is about a night courier named Seo Jung Hoo (Ji Chang Wook), who goes with the codename of “Healer” at work, earning money with the use of his mind-blowing, no-to-murder fighting skills, until he is assigned to watch over Chae Young-Shin (Park Min Young), a reporter, and eventually meets her. Surprised by her toughness and determination in knowing about who Healer is, Seo Jung Hoo draws closer to her, and conflict arises as the truth of history unveils.

Healer is something that I’m very thankful for. The storyline is truly captivating, making you want to be sleep-deprived and binge-watch it non-stop. This is the drama that will make you question all the time on what is going to happen next, and what makes it more fun is that it introduces a fearless female lead that everyone deserves and an engaging male lead who will make you think, “This guy is me.”

This KDrama is really worth watching, and when I mean by that, I mean, “If you ever wonder which should be your first KDrama, Healer will do you good.” It also has everything else you need—comedy, thriller, an amazing slow-burning romantic chemistry, and many more! 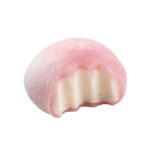