Toulouse is "Magnificent" on his Latest Single
Advertisement 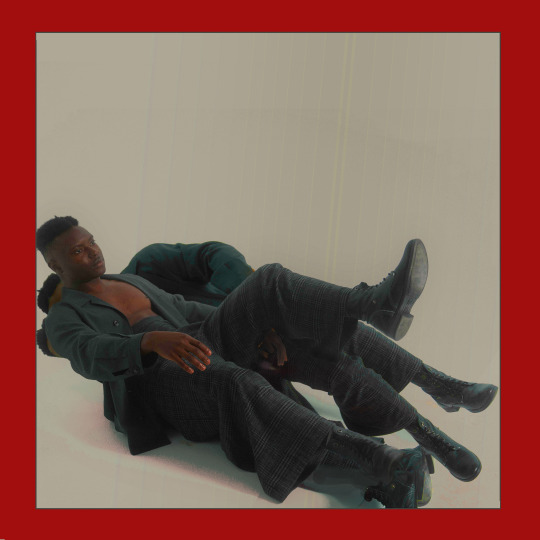 Toulouse is an R&B musician who defies genres and expectations. He studied music at the renowned New York University (NYU) after moving to the United States from Nigeria at the age of seven. Toulouse is an artist whose fulfillment derives from a desire for artistic expression, though he has been featured in publications such as Ones To Watch and Billboard. He also has collaborated with massive stars, such as SG Lewis. Toulouse has also appeared on Blockbuster film soundtracks, along with his inspiration John Legend, Taylor Swift and Zayn. He was the voice of Apple’s famous balloon commercial and he won the approval of Zane Lowe.

With a boom, “Magnificent” begins. The sound of a flashbulb snapping a shot goes off as a crackling sound blend with a pulsing drum. More sounds are introduced, creating a disorienting and nostalgic feeling within the first five seconds. A bat cracking, a stadium cheering, shaking percussion. It sounds as though a baseball game is playing in the distance on an old radio as a bass plucks along behind it. The audio winds up as the bass gains clarity, suddenly the sound blends together, creating a whirling feeling, like water abruptly getting sucked down the drain.

An electric guitar accompaniment is introduced, along with Toulouse’s voice. Record scratches and screaming fans build behind his voice as he begins the song and story, “I think I see a revolution/Creeping over the red skyline/A classic story in the making/I can’t afford to close my eyes.” Less than 40 seconds into the song and the stakes feel high.

The surrounding sounds cut out and clapping begins, as Toulouse begins to speak. There’s a lilt to his voice as a single snare keeps the beat behind him. His lyricism is on display as he proclaims, “A big idea is uncharted terrain/I cut a wide path with a ballpoint pen…We only fail if we don’t try again.” A pitched version of his voice speaks behind him, as the fans and baseball bat return. Toulouse is calling for change, expressing that he feels as though he can be the one to bring it about with a “revolution” from his “ballpoint pen.” Just when the listener starts to feel comfortable, the song shits in tone, yet again.

A few hits to a symbol and cries from a distant voice pierce through the air before stunning swells of a violin come into play. The notes tumble and blend, creating a mystical sound. It’s easy to imagine floating through the air surrounded by swirls of silvery notes and silvery scalloped doodles. Then slam, a gust of audible wind rushes on the track and electric guitar replaces the orchestral interlude.

The chorus repeats, furthering the story Toulouse is telling.  The chorus is a battle cry. It’s a promise for change, disruption and a new way of doing things. The vintage audio behind it helps to create a contrast between history and the present, further emphasizing the weight of his words. His voice as high as the hopes he is expressing, Toulouse adds more lyrics to the chorus, refusing to settle into a pattern, “The midnight oil is never wasted/We’re building us something magnificent/Stronger than what came before it/That’s all, that’s all we ever wanted.”

Magnificent is unlike what you have heard from me in the past. Unexpected. For good reason. It’s about the braver us. The tearing down of the old and building up of something new, better, unexpected, more magnificent. Never has it been more needed than right now. I hope this song helps to inject a little rush in your bloodstream when you think about your future, our future and where we can dare to take it. Listen now and picture what you would do with a blank slate. Link in bio.

Toulouse’s voice deeps and ceases singing again. The speaking returns as he chants, “Bread break with old brothers/Break borders binding progress/Break records for breaking records/Break big ground before breakfast.” More alliterations continue through this verse as he uses words like “boogie,” “beatnik,” “blitz,” “bones,” and “brethren.” This verse feels like a speech. It’s a call to action more passionate and poetic than any other portion in the song. He finishes the verse by chanting, “Brandishing ballad fists to the sound of bodies breaking like biscotti/To bear the burden for the unborn/By God, we’ll see better days before we bite the dust and kick the bucket.” The chorus repeats, as phone call files echo behind him, electric guitar and slamming percussion still raging as the song concludes.

“Magnificent” is a puzzle. More than a song, “Magnificent” is an expression of pure passion. It’s the feeling of running, without fear of what’s ahead, the only terror of succumbing to what is behind. There’s never a moment of calm beyond the intentionally dispersed periods of confusion and suspension. This is not a track to listen to when relaxing. You can’t to close your eyes or stop paying attention to it.

Toulouse’s “Magnificent” demands to be heard.

You can stream “Magnificent” everywhere now.