One of the most notable casualties of TV network Seeso’s demise is “Take My Wife,” a show created by real-life wives Rhea Butcher and Cameron Esposito. The NBCUniversal streaming platform is set to close down later this year, and it would be a shame if it takes one of the most inclusive shows on TV with it.

Co-creator Cameron Esposito took to Twitter to explain the importance of having a show with LGBT and PoC representation, not only on screen but behind the camera. The show involved LGBT artists at every stage of production from LGBT musicians and clothing brands to 22 of the 47 actors cast being queer. “Take My Wife” actively hired LGBT and PoC writers and actors that needed more credits to be admitted into the Writer’s Guild of America or SAG-AFTRA, knowing minority artists often struggle to be given enough opportunities to qualify for Union membership. The show also proudly staffs an all-female writers room (43% of whom are Women of Color), a near impossibility in an industry where 72% of Network TV showrunners for this season’s new shows are white men.

She stars in an episode of the yet-to-be-aired Season 2, and this incredibly necessary moment of representation is in danger of never being seen if “Take My Wife” is not picked up by another streaming platform.

Other Seeso shows have already been snatched up by competing networks including Travis McElroy’s “MBMBaM” which found a home at animation streaming platform VRV. McElroy asked the internet a favor earlier this morning in a heartfelt video, “Help me help my friends find a home for their amazing show…tweet #TakeMyWife”

“Take My Wife” is an important step in the mission to create media that reflects our diverse world and a quick look through the #TakeMyWife tag reveals how much that meant to its viewers.

Check out the pilot episode on YouTube to see for yourself:

Why Disney Channel Is One of Most Diverse Channels Right Now

Dear Men: Why Does Daenerys Targaryen Threaten You So Much? 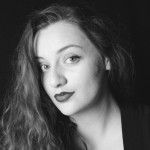 Sophomore at NYU Tisch studying Dramatic Writing Writer for the stage, screen, and my twitter: @RuthGeye