Windows down, driving along the coast, hair caught in the salty summer breeze — that’s where you’ll be blasting VOILÀ’s newest single.

An anthem about love, struggle, and all the nuances in between, “Anyway,” is the perfect upbeat jam to play all summer long.

The story of two guys starting out at the University of Southern California, connecting through an undeniable love for music has bridged itself into a story of two up and coming musicians, releasing their fourth single, “Anyway.” Though just starting out in the music industry, VOILÀ holds a love for music, relatable and insightful lyrics, as well as exploring deep subjects.  Luke Eisner, a successful male model, and Gus Ross, an Englishman who dipped his feet into the music industry in the UK may come from different backgrounds, but they share a sense of great friendship and a mission to help others through their music.

Through all of their music, there’s a sense of young love, exploration, hope, and freedom —themes that are very present in “Anyway.” It has a great deal of meaning to both Luke and Gus. Gus sees it as “a feel-good anthem to anyone who feels like they’re not enough for someone,” he also recognizes how “it’s crazy how much we all over analyze our everyday interactions with other people and make assumptions that lead us to self-doubt. This song is about living in the now and reminding people to take a step back sometimes to really enjoy being present, day-to-day.”

This song is about living in the now and reminding people to take a step back sometimes to really enjoy being present, day-to-day.

Luke recalls his inspiration for the single by saying, “I had read Nicholas Sparks’ The Notebook more than a few times growing up and the whole lovers coming from two different sides of the track was burrowed in my mind. I had a summer of sneaking around a girl’s father who didn’t approve of his goody-two-shoes daughter hanging out with ripped-up and drawn-on-converse-shoes me. I may be romanticizing a bit, but I parallel that relationship to The Notebook, and that’s what Anyway encompasses for me.”

Even though different interpretations of the same song come to mind for both group members, it shows how this juxtaposition can work out perfectly — said in both “Anyway” and in how they live their lives through their music.

Teyana Taylor’s Album Is Finally Here; But Was She Cheated? 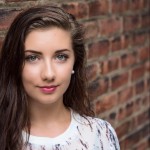 Jorgie is a New England based artist, activist, writer, and dancer. She has a passion for helping others through her own artistry and creative work, aiming to inspire others to pursue their own passions, as well as spark conversation, ideas, connection, and community. When Jorgie isn't writing, she's diving into activist work with NH for Humanity, where she organizes art and performance-based fundraising events for organizations that need funding, such as Americans for the Arts and HAVEN NH. Jorgie also spends a great deal of time volunteering, dancing, teaching dance, performing, and choreographing - where she aims to bring personal and social issues to light.