For almost two decades, Arundhati Roy has had only one novel to call her own. The God of Small Things was released in 1997 to widespread critical acclaim — it won the Booker Prize for fiction, making Roy the first woman of Indian nationality to ever win the award. While the novel racked up sales that now touches on 6 million, Arundhati Roy receded from her fictional life. Instead, she lent all her time to the political and social conditions of India, emerging as one of the most potent and prominent leftist critics of the government.

She campaigned religiously with Medha Patkar against the Narmada Dam Project, an undertaking that she believed would displace half a million people without assured homes, and would yield insufficient irrigation and drinking water. In her nonfiction works such as The End of Imagination, she stated her views against the Indian nuclear policies. In 2006, she was one of the many writers and artists who signed a letter in The Guardian saying that the Lebanon War of 2006 was a “war crime”. She was a vocal critic of Anna Hazare’s anti-corruption campaign using methods of fasting, citing his demands as inadequate, as well as the current Prime Minister of India, Narendra Modi. Arundhati Roy has been a loud voice in Indian politics for almost this entire century, a commitment that has lead her to be part of the Times 100 Most Influential list of 2014. However, her vocal opinions have drawn their share of critics, with the conservatives criticizing her of being “hysterical…and extreme”, and some news outlets and media propagating the same vilified image.

Just like her political activism, Arundhati Roy’s fiction is brave, unbounded and unabashedly Indian. The God of Small Things is a novel about a family living in the Indian state of Kerala in the 1960s. The novel focuses on two twins, and contains flashes of their lives from childhood to adulthood, but is tethered to this one tragic event in their early childhood. It is as fierce and emotional as it is muffled, restrained and soft. The novel received its due critical praise and isn’t forgotten even now when Roy released her new novel-the first in twenty years — The Ministry of Utmost Happiness. This new novel explores the transgender community of India, tying it into a greater tale of the political and social climate of the nation that so informed the writer’s life for the past twenty years. It is a novel that mines the minutia of societal conflicts and events and transgressions of Indian societies, and weaves it into a compelling narrative, making Arundhati Roy one of the most prominent voices in not only Indian fiction but in the literary landscape of the entire planet.

‘Me and Earl and the Dying Girl’: A Hilarious and Heartwarming Read About Cancer

5 Must-Read Books For the Summer 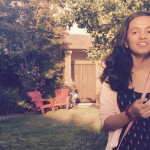 An avid reader and pop culture enthusiast, Vidhisha spends her time writing, volunteering for the Teen program at her library, and ignoring her calculus homework.