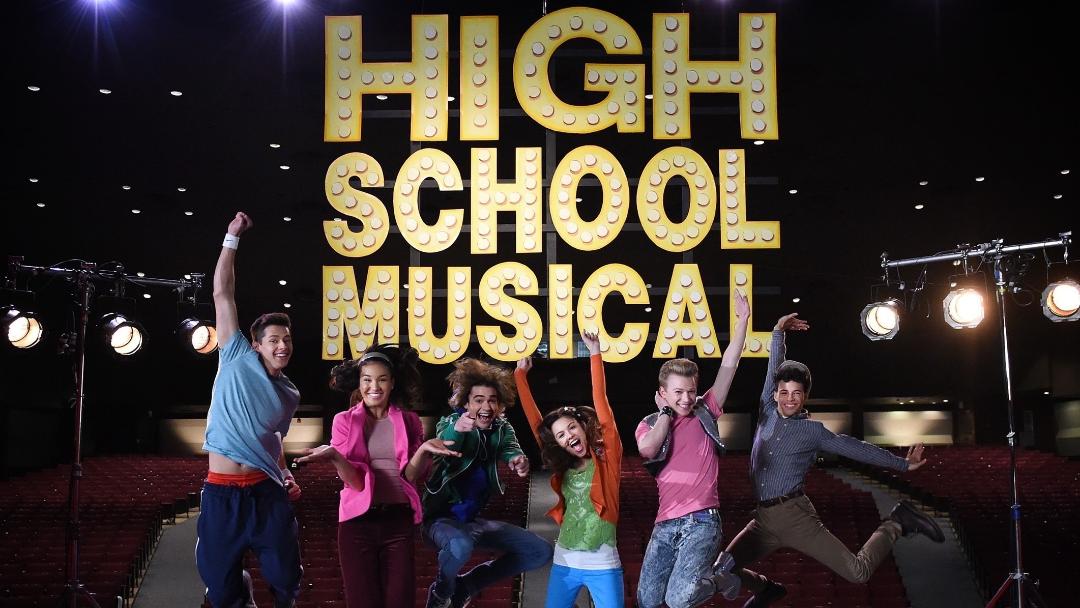 Disney+ has been on the streaming service scene for about three months now and if you haven’t joined it yourself, someone you know definitely has. As with every other streaming service (see Netflix), Disney+ offers its own original content to viewers, exclusive to the platform. However, much of Disney’s new content is aimed towards a younger demographic: because of this, hidden gems are left unwatched.

High School Musical: The Musical: The Series (or, HSMTMTS) is one of these hidden gems. As a casual fan of the original three movies, though a bit young to remember the Zanessa craze, I wasn’t all that interested in HSMTMTS when I first heard about it. I wrote it off as a lame remake destined to ruin the pristine originals. I was wrong. HSMTMTS is not a remake. In fact, it sets itself apart from the original franchise by spinning its own unique story.

Set on the campus of the original film’s location, HSMTMTS exists in a world where the High School Musical movies exist. All of the characters, naturally, are well-versed in the canon of the 2006 film. After a new drama teacher arrives at East High and discovers the students have never put on a production of the musical version of High School Musical, despite attending the school where the film was shot. She holds tryouts for the aforementioned musical and the show is off and running from there.

Admittedly, the premise of the program is difficult to explain to someone who hasn’t seen it: after all, the number of colons in the title alone is enough to off-put potential viewers. However, the episodes are digestible, 20-minute mockumentary-style segments, jam-packed with drama and character development. It may sound like there are Inception levels of High School Musical at work here, but the series does an excellent job of staying concise.

The series is important for more than its plotline though: High School Musical: The Musical: The Series is one of the most inclusive shows Disney has ever aired. Throughout its ten webisodes, the series deals with topics like sexuality, divorce, identity and honesty in relationships, both romantic and not, capturing what it’s like to be a high school student in 2020. The show has a diverse cast of actual kids (!!) from different cultural backgrounds and sexualities, all playing students who make up a realistic quilt of what many American high schools look like today. If you’re looking for a show that goes beyond the theatrics of its subject to capture an accurate portrayal of teenaged life, look no further.

One of the things I was most impressed with on the topic of the show’s inclusivity was its representation of LGBTQ+ youth and gender expression. The show features two openly LGBTQ+ couples, something that the Walt Disney Company has struggled with including before. I wasn’t just impressed by the fact that they included the couples though, I was stunned at how seamless the inclusion was. Actress Olivia Rodrigo’s portrayal of leading lady, Nini Salazar-Roberts, often includes the citation of “moms,” which upon hearing for the first time was such a pleasant surprise. The show doesn’t go out of its way to prove that Nini has two mothers, it doesn’t bend over backward to ensure every audience member acknowledges the lesbianism, it simply is a fact.

More than that, however, HSMTMTS develops a teenaged LGBTQ+ romance. You heard me right. Two teenaged boys fall in love over the course of the series and their relationship is to die for.

Carlos and Seb, played by Frankie A. Rodriguez and Joe Serafini, respectively, are at the center of the sub-plotline, their romance budding during the second half of the first season. The series does an excellent job of making the couple feel real. As with Nini’s moms, the showrunners didn’t go out of their way to point out the gay relationship, instead, it pans out as any relationship would in reality. It’s tender, it’s awkward, it’s sweet, it’s something the audience can root for and enjoy because of how incredible the chemistry is.

I really appreciated and enjoyed the inclusivity of the relationship and it all signifies a bigger change in the production of teen television. The normalization of LGBTQ+ characters and romances is happening. It’s not something to make a big deal of, and it’s not something that needs to be difficult. High School Musical: The Series beautifully captures the change that’s occurring in modern television and honestly, it’s about time.

We LOVE this journey for #Seblos. ❤️💖

There really are a million reasons to watch this show. Yes, it’s a little cheesy. And yes, it’s a bit… extra at times, but it’s a show about musical theater! Expect extra. There’s so much heart at the center of this series and each of the young actors on this show has a tremendous amount of talent and passion for their work that doesn’t go unnoticed. High School Musical: The Musical: The Series is not a show you should pass up by any means: it has so much to offer.

And if all that isn’t enough to convince you, season two’s musical was recently announced, and needless to say, it’s a tale as old as time.

Sophia Moore is a 17-year-old writer based in Southern California. She can often be found penning works ranging from dramatic poetry, insightful articles and extravagant short stories about almost every topic imaginable. Beyond the literary world, Sophia enjoys voicing her opinions through debate, discovering new music (or more likely, listening to the same three playlists on repeat), browsing lifestyle and fashion blogs, and taking her dog out on long walks. You can keep up with her on Twitter @scribblersoph.