Why Juliet is Not Romeo's Angel
Advertisement

It’s impossible not to have heard of Romeo and Juliet. Yes, the Shakespearean play.

It is possible, though, that the idea that we generally have of Juliet and of the play in general is either wrong or mainly romanticized.

Juliet does not act the way we would expect a woman of the 16th century Verona to, and actually, she is so direct in her language and desires that while re-reading the play again I felt inspired by her attitude.

First of all, romance and flirting was different at the time; the man was supposed to celebrate the beauty of the woman through beautifully poetical sonnets, known as blazon — which is something that Romeo always does, always — and the woman needed to take the challenge and reply if not in the same way, at least by not showing her true interest until the very end, leaving the lover in suspense, waiting, anticipating the passion. The revolutionary aspect is that Juliet doesn’t care about the whole sonnet-reciting convention, rather she straightforwardly asks Romeo, “Dost thou love me?” or more plainly, “Do you love me?” Just like that. No need for huge metaphors and elevated language — “pronounce it faithfully,” she says. She just wants him to be open about love. Open, direct, not play any games.

The empowering part, though, is when she refuses to be addressed as an angel, she refuses to be put on a pedestal, to be seen as something unreachable, and in this sense, unrealistic and not real. Romeo is creating a distance between himself and Juliet, by calling her “angel” and by defining himself as an unworthy “pilgrim.”

Juliet, so clever and very self-aware, replies that pilgrims can kiss saints hands, why shouldn’t he approach her or her be unworthy of him, a simple human? She just wants to be treated as an equal, as a human being.

Romeo is confused by this change and keeps trying to use the conventions he knows and that he was taught to use — he feels the need to swear his love by the moon, the sky, nature, anything and everything. And you know what Juliet does?

“Do not swear at all,” she says, then adds that if he really has to swear, he may as well swear by himself, which is the object of her love. Nothing else matters. Everything else is pointless.

Aware of the idealized representation and of the conventions of the society of the time, Juliet knows her value as a woman, and more importantly, as a human being.

An unconventional character with a self-confident attitude and a directness so unusual for the century that it’s worth remembering her, not because of the love story itself (unquestionably dramatic and beautiful for certain) or the fact that Leonardo DiCaprio played Romeo in one of the movie versions of the play (even if it is definitely worth watching), but because she’s a pragmatic woman who doesn’t want to be idealized nor romanticized. A new feminist example from an old piece of literature — someone who is fighting for her own value.

In this article:drama, feminism, juliet, Literature, play, romeo and juliet, theatre
Up Next:

3 Broadway Musicals to Check Out If You Loved Hamilton 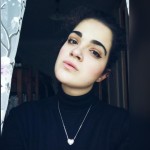