Why Kamala Khan/Ms.Marvel Is The Hero America Needs
Advertisement

Marvel Comics debuted Kamala Khan in 2014, a character created by writer G.Willow Wilson, artist Adrian Alphona and editors Sana Amanat and Stephen Wacker. She is the first Muslim character to headline a comic book. She is a Pakistani-American who discovers she has powers after going through terrigenesis (a process of gaining powers for Inhumans).

Since the Trump presidency started, Muslims are targeted and discriminated more than ever with his rhetoric. Kamala Khan’s whole existence in the media and entertainment industry is a threat to racists and Islamophobes all around the world. She is loved by so many in the comic book community and so people outside of it, which is incredible to see. As a Muslim myself, she is a great example of representation, giving me someone to identify with and a superhero to dress up as on Halloween.

Kamala Khan represents symbolism in the comic book industry but also so much more. Writer G.Willow Wilson has been writing Kamala ever since she debuted and she really fleshed out her character more and more with each new scene, making her more enjoyable and interesting every time. She created a whole different world around Kamala other than just her kicking bad guys butts. She is regular teen who goes to high school like any other teen does. A great amount of diversity is in her book, for example, Kamala’s friend group consists of immigrants, people of color, different religions, and characters in the LGBT+ community.

I give credit to Marvel for making a Muslim women write Kamala’s story. It just makes the book very authentic. The book adds so much elements of Muslim culture that is very sympathetic to every Muslim-American teen. I also like to give credit to artists/colorists Adrian Alphona, Takeshi Miyazawa, David Mack, and Marco Failla who drew Kamala with a darker skin tone, to recognize that average South Asian doesn’t always have to be light-skin thus shedding a light on colorism and the less-represented South Asians.

Kamala Khan is one of the legacy heroes Marvel launched to create more characters of color to follow the footsteps of our beloved original Marvel superheroes we all know and love (Captain America, Captain Marvel, Iron Man, Spider-Man, Hulk).

I recommend everybody to buy her book and suggest it to friends and family. Read them to little kids or siblings. I also recommend to pick up more of Marvel’s diverse books like Ultimates, Miles Morales/Spider-man, Riri Williams/Ironheart, Amadeus Cho/Totally Awesome Hulk and America Chavez.

Four Classics You Should Read In Your Spare Time This Summer

The Banning of LGBTQ Literature Needs to Stop 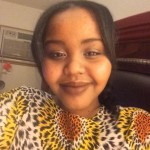