As most people have heard, singer-songwriter Melanie Martinez has recently been exposed for raping her ex friend, Timothy Heller. Heller issued a statement on Twitter sharing her story.

When I wrote this story about my assault, I initially wasn’t going to make the abuser. But I think it’s important for you all to know this is about Melanie Martinez pic.twitter.com/4PQ5oNI2s9

Martinez quickly replied (also on Twitter) with a paragraph long response that was more of her trying to justify her actions instead of an actual apology.

Despite the way it came off, people, especially her fans, were quick to accept it. Fandoms are quick to look past the mistakes of their “faves,” because they feel this obligation to them, so Melanie’s stans (who call themselves Crybabies) were quick defend Martinez.

Her fans even started attacking Heller by calling her a liar, along with claiming that she was only trying to sabotage Melanie’s career.

After seeing all Social Media today, with Melanie finally speaking out and the DM's Saying She just wanted to ruin Mel's Career makes me standby my decision even More. Now I'm sorry if you don't support my decision… that's fine. Don't Fight Me #IStandWithMelanie #FreeMelanie pic.twitter.com/3VYtjUQdlb

Melanie’s statement is so manipulative in the way that it attempts to paint the whole situation as something that was supposed to be “positive,” and in her words, “trying to lift each other up.”

Toward the end of her statement, Martinez said, “She never said no to what we chose to do together.” It’s not only sad, but it’s scary that someone who has claimed to be a feminist can say that. Not saying anything does not equal consent, and it’s so important that society acknowledges and accepts that. She’s perpetuating rape culture masked as remorse, and that is extremely dangerous.

It’s impossible for Melanie to justify what she did, and this statement that she calls an apology is not helping at all.

Society is quicker to accept this “apology,” because it’s coming from a female abuser, but this situation is just as important and problematic as a situation with a male abuser. It is clear that Martinez does not really regret her actions, which is quite worrying. Her statement shows no remorse — it’s just a collection of excuses that her fans are forcing themselves to accept, mainly because they don’t want to accept that someone they support is an abuser.

Right now, it is important that we continue supporting Timothy Heller while accepting the truth about Melanie Martinez. She did something inexcusable, and she has to be held accountable. 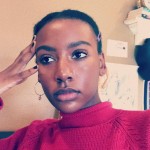