It’s been nearly a month since allegations against the indie rock duo PWR BTTM were released, and astonishingly, there has been little to no public upheaval in response to the band’s disappearance off the music scene. On May 11, 2017, just a day before the group’s sophomore album Pageant was set to drop, an anonymous victim came forward accusing guitarist and singer of PWR BTTM, Ben Hopkins, of multiple instances of sexual assault. After two different public statements from the band, including vague explanations of the circumstances surrounding the allegations, it is nearly impossible to find any fans that remain in defense of the group.

While quickly discontinuing support for any public figure that is accused of sexual assault might seem like the logical response, it is made evident across the media landscape that this is often not the case. From recent YouTuber scandals like Austin Jones to the President of the United States, it seems people are willing to jump in defense of those they support regardless of the sexual assault allegations against them. Refreshingly, though, past fans of PWR BTTM are challenging that frustrating dynamic. I spoke with Twitter user @emmadeadend to discuss the situation from the perspective of a former diehard fan.

“When I first read the original Facebook post about the allegations, I felt instantly sick,” they explained, after I inquired about their immediate response in wake of the news. “I was such a vocal supporter of theirs, and their music and political message had helped me discover so much of myself, so it felt like betrayal.” PWR BTTM did, in fact, have a reputation for using their platform to support the LGBTQ+ community, as well as heavily promote safe spaces, especially at their shows. It made sense that most of the fans of the group that shared these values and ideals would quickly turn on a group once it had been exposed that they went against these principles. After asking if the fact that the majority of PWR BTTM’s fan base was a part of the LGBTQ+ community is correlated with how fast and easily the band’s popularity diminished was a result of a heightened sensitivity to these kinds of issues, they shared a tweet that encapsulates this dynamic perfectly. “Sadly, much of the LGBTQ+ community are survivors of abuse, so when something like this comes out, many people, due to personal experiences, will drop them immediately.”

We went on to discuss what effect this event and its response might have on the future of the way we treat scandals like these, and if we can expect to see a much-needed shift in our listening to victims and skepticism towards celebrities. “For so many years, these behaviors have been by society as people have tolerated them by ‘separating the art from the artist’,” they explained. This is a relatively popular excuse used among straggling supporters PWR BTTM, and of other public figures accused of sexual assault, and a dangerous one at that. Supporting artists even after such allegations can have enabling effects, and often encourage them to believe they can get away with what they are doing. “Although many of PWR BTTM’s fans dropped them almost immediately, there are some people still defending and supporting them. So, even in the LGBTQ+ community we still have work to do.”

Although the demise of PWR BTTM’s music career has been bitter for many of their fans, who saw them as LQBTQ+ role models, there is no shortage of great queer music groups to look to in lieu of them. Emma noted the circulation of several different lists of other LGBTQ+ groups around social media platforms like Twitter and Tumblr, as inspiration for those who might see this as a dead end in their music outlet.

There is something to be learned from PWR BTTM’s fan reaction, or lack thereof. This pattern of fans or supporters defending their favorite musicians, actors, or politicians after being accused of sexual assault is unacceptable, and we as the public must hold these figures to higher standards by not condoning such behaviors. Whether we like it or not, we are responsible for what society sets as a standard for acceptable, and the only way we can keep horrible headlines like these out of our notifications is by having zero tolerance towards any and all situations such as these.

In 2017— Why Are Rappers Still Homophobic? 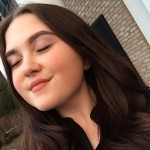 I am a sixteen year old high school student with a passion for writing and journalism. I was born and currently reside in Millbrook, New York, a small town in the Hudson Valley. I've been a dedicated English student my entire life, having been in advanced classes throughout both middle and high school. I also have writing experience extending outside the classroom in extracurriculars like Model United Nations and Debate Club. It has always been a dream of mine to write about relevant and pressing topics, so needless to say, I am very excited to be writing for Affinity!