Why Sense8 Was a Revelation for Brown Girls
Advertisement

It’s not every day you find a brown woman portrayed with actual nuance on mainstream television. This is part of a representation problem encountered by almost every ethnic/marginalised minority on-screen – a problem steeped in incompleteness, narrowness and stereotypes.

But the recently-cancelled (alas!) Netflix show Sense8, a series that has been heavily praised for its exploration of subjects like sexuality, politics, gender, identity and religion, has been breaking this ill media tradition. Viewers are creating petitions and heated social forums, clamouring for the show’s renewal, precisely for this reason. Many people say that Sense8 was one of the few or only TV shows that made their problems and life experiences feel heard or recognised; it was something they could empathise with, something that made them, as individuals from minority groups, feel acknowledged.

A previous Affinity article already extolled the show’s realistic and refreshing depictions of LGBT relationships. But I think it’s also important to recognise how Sense8‘s diversity has enhanced its impact as a show. And because I’m a brown girl, I’m going to talk specifically about the impact of the character of Kala Dandekar, an Indian woman from Mumbai who discovers she’s a sensate.

One of the main themes present in Kala’s character/story arc is the tension between romantic love and familial obligation, something that many Indian women face when they’re about to get married. Although Kala is in love with another man, she gives in to marrying Rajan Rasal, a man who her family approves of and is deemed a perfect match for her on paper, even though she does not love him. Her marriage with Rajan is called a “love marriage” even though it feels more like an arranged one. We see Kala navigate this tension, between love, duty, familial and cultural obligation and a simple desire to “do the right thing” many times throughout the two seasons.

I see a lot of brown girls, young women from South Asian communities, taking to Tumblr and other social media sites, to sympathise with Kala and applaud the show’s realistic and relevant address of this cultural issue that so many brown women face. I myself felt incredibly connected to Kala, and by extension the show, because of its portrayal of a situation that I have often thought about as part of my own future as an Indian girl. Kala’s journey, albeit an often confused, awkward and meandering journey, is something I can empathise with and also draw courage and inspiration from. I also love how Sense8 does not impose any firm path for Kala, and thus any brown girl, to take; it never suggests that either romantic love or familial obligation is better and should be prioritised over the other. Kala is portrayed as a complex character making many complex decisions, but ultimately those that are true to herself only. This invites every brown girl watching to do the same.

There is also a touching and immensely relevant element of Kala’s storyline that deals with virginity and sex. These two subjects are almost taboo to talk about in Indian culture – the matter is kept very discreet and sometimes uncomfortably swept entirely under the rug. Another thing that Indian culture perpetuates is that virginity is a treasure to be cherished and preserved until marriage, while sex, outside/before marriage or in excess, is almost like a betrayal of one’s culture. A lot of girls grow up feeling afraid or apprehensive or uneducated about sex and their bodies altogether, because of this weird handling of these subjects, and we see this addressed through Kala on the show. I’m sure a lot of brown girls, including myself, could connect with this situation and how Kala felt because it’s not something we get to openly talk about, let alone see on television.

Another great element of Kala’s arc was her pride in her university degree and her job as a successful chemist in a prominent pharmaceutical company. Not only is Kala’s scientific knowledge often badass and crucially useful to the other sensates, it is something we know she has clearly worked hard and passionately for, and something she truly reveres. When Kala is praying to her God, she mentions that her family often focuses and celebrates her marriage to a successful man more than her job and degree. Through this, Sense8 makes a subtle commentary or critique on Indian culture’s inclination to place a woman’s marriage prospects and attractiveness as a potential mate higher than her career and education. I found myself almost cheering at this scene; it’s a matter that needs a lot more critique and rethinking and the media is a good place to do this.

Ultimately, more realistic portrayals of minorities on-screen, such as of Kala Dandekar, pave the way for more nuanced and inclusive representation on TV. And oftentimes it can provide an insightful window into a different culture or community, one that is more fleshed out than a series of stereotypes. Sense8 may have been cancelled but let’s hope its groundbreaking casting and writing decisions lead the way for new shows to do the same in the future.

Is the First Black Bachelorette Too Little Too Late? 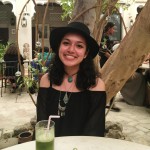