Why Snobbery Towards Soap Operas Needs To Stop
Advertisement

“I do not really watch all of them soaps” is a sentence that is often spoken with a sense of pride. Or rather, this is what I have found when the sentence has been uttered to me previously, many times.

In the UK there seems to be a certain snobbery aimed towards those who watch soap operas and soap operas individually. Which, one could argue, is not at all progressive, especially considering the fact that many of  the story-lines that writers of the ‘soaps’ create are exceptionally important. Masses sit to watch the soaps, thus the drama that is presented is bound to have an effect on the views of the nation.

Despite the snobbery that many seem to have against those who watch the soaps, the ratings are still relatively high. According to TellyMix, in 2017 Coronation Street had 7.8 million views. Meanwhile, Eastenders averaged 7.1 million while Emmerdale averaged 6.7 million. These are renowned UK soaps with millions of viewers. When these figures are considered, the effect the shows may have become easier to understand. People develop connections with these characters that they watch on their screen almost every night of the week.  For example, when the character of Deirdre Barlow (was played by Anne Kirkbride) in Coronation Street was falsely sent to prison, there was an national outcry. Fans wore T-shirts that read ‘Free The Weatherfield One’. According to the Huffington Post one fan was so distraught that they donated £5,000 to campaign for Deirdre’s freedom. Fans across the country jammed Granada‘s switchboards demanding her release. Then Prime Minister, Tony Blair looked into persuading the fictional character’s release.

There are several examples in UK soaps of progression. Writers evidently use the shows for a purpose: to educate. Of course there is comedy, normality, characters to fall in love with – but foremost, writers educate.

Soaps touch upon marginalized topics, controversial topics – all to masses amounts of people. Perhaps to those who do not know about these topics or are ignorant to them. Writers of soaps create these lovable or villainous characters that their viewers can latch on to, get attached to. It can be said that watching these characters undergo traumas that particular viewers are ignorant towards can make these viewers sympathize and seek understanding in notions that they were previously disinterested in. It is affecting a character they are aware of, in a show they watch throughout the majority of the week. Soaps are arguably important for this very reason.

One example would be in Coronation Street where it is rumored that a character that has been in the show for many years, David Platt (played by Jack P. Shephard) has been written to be a victim of male rape. Coronation Street therefore is challenging hyper masculinity to an audience of 7.8 million viewers in a culture where it is commonly thought that men cannot be victims of rape. Coronation Street recently presented a character in a negative light for their racism, xenophobia and casual sexism against the character of Alya Nazir (played by Sair Khan). The scenes were shocking, according to The Express the episode evoked conversation by viewers on social media. Many of the comments criticized the racist, sexist and xenophobic character. The UK has had a spike in hate crime, according to the BBC there was 80,393 offenses in 2016-17, an increase from the 62,518 offenses in 2015-16. 78% of these offenses in 2016-17 were race hate crimes. Meanwhile 7% were religious hate crimes. There has been a spike also in nationalism in the UK alongside hate crimes following the EU referendum. The BBC reported that there were ‘record hate crimes’ following the referendum. The antagonist presented in Coronation Street was written to say “I just meant… if you come here, you should behave like we do”, therefore the antagonist is presented to convey xenophobic views as well as racist views that provokes Alya to ask: “does the color of my skin bother you?” (the clip of the scene can be viewed here). Therefore, this soap, a program that many people choose to be prejudice towards is presenting a very real scenario to their mass audience to learn from and think about.

In 2017, Hollyoaks had a storyline concerning  Scott Drinkwell (played by Ross Adams) as a male gay character with depression who is written to attempt suicide. This soap is typically viewed by a younger audience than that latter mentioned soaps. As a result, not only do we have mental health awareness in this soap, we have LGBTQ+ representation and issues concerning LGBTQ+  in conjunction with the former. A marginalized topic is then presented to a dominantly young audience that may be in the same situation to their beloved character of Scott Drinkwell and may seek help. Having a man on screen suffer with depression in such a severe manner may make audiences understand that men too, suffer with depression. These regular soaps show that it is okay for men to feel emotions and show emotions, that men should not just ‘man up’. Hyper masculinity is arguably challenged through story-lines such as this, as well as awareness of mental illnesses and the consequences of them. Criticizing people who watch soaps, one may be criticizing the only true comfort and reassurance to that person. These story-lines will be important to certain viewers watching too, rather than just a tool to educate, it can provide comfort through stories that may make certain viewers feel understood and represented. Especially when these topics are often stigmatized and/or ‘controversial’. They educate and they comfort. Another example of LGBTQ+ representation in soaps would also be the Kate and Rana story-line on Coronation Street, writers are presenting Rana Nazir (played by Bhavna Limbachia) to experience feelings towards Kate Connor (played by Faye Brookes) even though she was still in love with her husband. Coronation Street is therefore presenting the experience of Rana questioning her sexuality which may provide comfort for viewers that are also, too. As well as educating the audience on the concept of it.

In regard to mental health, Eastenders provided a support and information link through the charity, Mind after the well loved character of Stacey Branning was written to experience postpartum psychosis. At the end of most of the episodes of these soaps there is often information for those affected by issues presented in the show. Not only do soaps bring light to issues, they supplement the showing with further education on the subject. 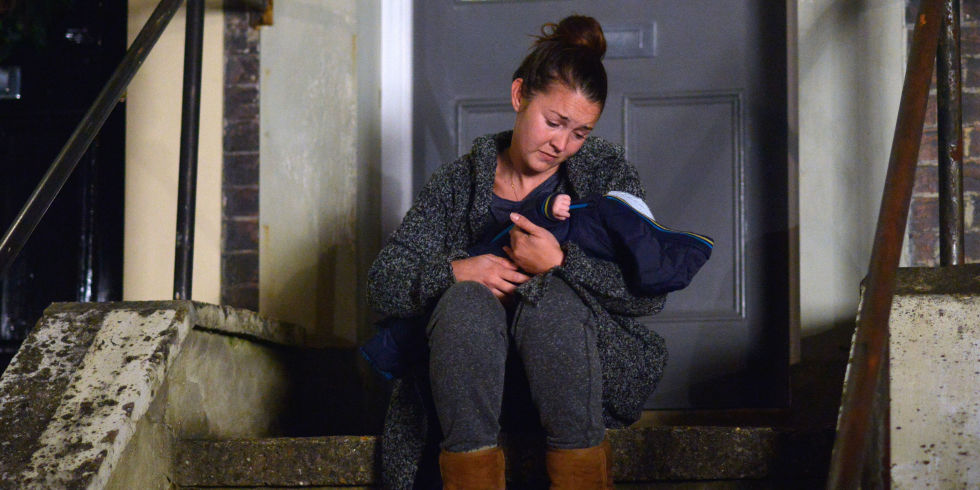 One could argue that written constant ‘soaps’ should be in the literary canon due to the way in which they challenge society. In fact, the nature of the written dramas makes them perhaps more progressive than some works in the canon (mostly because they are move with the times as they never stop like certain types of series). Many are prejudiced towards those who watch soaps, believing it is perhaps better to read classical and modern literature to be more sophisticated and educated. The previous explanations of storylines proves the opposite. While authors of classic, and modern literature touch upon societal and  economical issues, writers of these ‘soaps’ clearly do too. Constantly. It is almost as though every time there is a scandal, an issue, a spike in hate – the writers of the soaps tackle it and reinforce it to educate on a regular basis.

Dannielle Blumenthal wrote in her book Women and Soap Opera: A Cultural Feminist Perspective that the stigma towards those who watch soap operas is a feminist issue. She writes that “The perceived inadequacy of soap opera viewing is a sexist consequence of their origins” as the daytime soaps in the past were directed at ‘housewives’, “initially conceived of as a melodramatic vehicle for advertisers to sell household produces”. Blumenthal considers the prejudice as a result of sexual bias rooted in the past. Blumenthal quotes Rudolf Arnheim,who is written to have said that there is a certain “type” of woman who watches soap operas is of a “particular social group”. Consequently, Blumenthal can teach us that this snobbery is not only blinded classicism but it is rooted in sexism. As it was typically women and housewives specifically,  who watch soaps. Now, even in 2017, they are still deemed as unimportant by those who are prejudiced. When in truth, there are important topics studied by these regular shows and they are viewed by the masses, and they teach the masses. If anything, they should be respected as they show on air.

Second Season of ‘One Day at a Time’ Is On Its Way: Here’s Why You Should Watch