In 2017, American music saw many hits come and go, but only few survived to become the top songs of the year. This past Wednesday, YouTube released a list of the top music videos of this year, and from first glance it is easy to see the songs that stuck with listeners around the world. This list includes many songs you may have heard and love, such as “Shape of You” by Ed Sheeran or “That’s What I Like” by Bruno Mars, but the real show stealer was the Spanish community, earning six coveted slots alone on this list.

This popularity ha shun a much needed light on the Latin community and the importance of their music. Most importantly, it showed the inclusion of genres other than the classic pop or rock. Seeing stars such as Luis Fonsi or J. Balvin gain popularity and fame can help shape the minds of Spanish children as they see people of their own culture catapult to stardom, and can inspire them to do the same. Not only does this inclusion of Latin music broaden the listening style of many people worldwide, it can also up the awareness of these other cultures as well. The inclusion of such hits of this genre help creates unity of different artists and styles of music all across the board. As these new Latin stars begin to collaborate with veterans, such as Beyoncé or Justin Bieber, on their newly popular songs, we see them rise the charts even in their solo endeavors. This is seen in the rise of “Despacito” as it was originally produced, but also when remixed with an addition of Bieber to the track.  As 2017 comes to a close and welcomes a new year of music, we are sure to see the rise of Latin music continue to take over the sound waves. 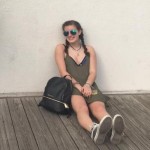