On Sunday, May 14th, Kara McCullough was announced the next Miss USA. Though, some of her responses to questions raised some eyebrows. For example, she said that healthcare is a privilege, not a right. McCullough also said that she would not consider herself to be a feminist, but instead an equalist. McCollough also implied that feminists “don’t really care about men.” She also claimed that women are already equal to men in the workplace.

But by equating feminism with hating men, she inadvertently dismisses not just the many men who identify as feminists but more importantly diminishes the gender equality that feminism has championed over the years — including workplace equality

The next black Miss USA is a chemist at the US Nuclear Regulatory Commission. She said, “as the next Miss USA I’m just hoping to give opportunities to so many young women nationwide that want to major in science.” This marks the second consecutive year that DC took the crown. Quick question, if women are already equal to men in the workplace, then why is it necessary to give them additional opportunities? Extra assistance would only be needed to target young women if there was a discrepancy, but according to McCullough, there isn’t one.

While, so many people are proud to have an African-American Miss USA, especially one in the science field. As a black female who is also a science geek, I personally feel a little let down that she does not believe that everyone has the right to great health care and does not believe that improvements could be made with equality in the workplace, especially the lack of women in STEM fields.

AriFitz is The Lesbian Youtuber You Need To Be Watching 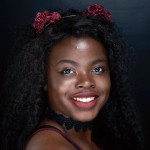 Chidubem), is a Nigerian-American 17-year-old with a passion for creation. Her hobbies include: doodling, creative writing, journalism, spoken word, photography, procrastinating important work, annoying and disappointing those whom she loves, and periodically ruining her own life. She will be attending Wake Forest University in the Fall of 2017.