Why Tolkien and His Imperialist, Sexist Hate Bible Need To Be Reevaluated #ClassroomsSoWhite
Advertisement

John Ronald Reuel Tolkien is widely considered by many to be among the best writers in the English language. In The Lord of the Rings, His imagination, his depth, that wonderful way with words he as a philologist and teacher had: the 450,000-word magnum opus he spent a year creating has come to be regarded as one of the great masterpieces of all prose-writing. I do not deny I found it very compelling. Even the poetry within the prose has won praise:

All that is gold does not glitter,
Not all those who wonder are lost,
The old that is strong does not wither,
Deep roots are not reached by the frost.

From the ashes a fire shall be woken,
Light from the shadow shall spring,
Renewed shall be blade that was broken,
The crownless again shall be king.

But there is a far darker side to this father of high fantasy. For one thing, he was a raging imperialist. Look at the hierarchies between the races: from the “superiority” of the elves, to the “chosen” role of European “Men of the West” under the leadership of Aragorn, to the lesser races of Dwarves and Hobbits (the former are “lesser” because they are “too greedy” and the latter are “lesser” because they are children). Post-Colonialists look to the “orientalization” of Sauron’s forces and the configuration of evil as an inherent quality of Orcs and “the dark folk.” They point out Tolkien’s family’s history as a cog in the mechanism of English Imperialism, and his own birth in one of the most blatantly racist colonies of all, South Africa. Then we come to the feminist critique: feminist there are precious few women in LotR, and those who are present fulfill only the narrowest stereotypes. Éowyn’s strength is dependent upon adopting male qualities, a stereotype “powerful women in fantasy,” and she is alone amongst all of Rohan’s female population. Everyone else is a reason to fight for the men. Arwen’s place is a maiden waiting for the hand of her king. And the only powerful female, Galadriel, is too far removed from mortality and reality to be anything more than a mid-tale deus ex machina, a pseudo-god whose power is allowed only because it is arcane and mysterious; not to mention she is “terrible”. Tolkien’s disappointing views on women are encapsulated in this touching essay I found. So many women are simply — well — missing. Where are the wives and the sisters and the maids? Why did he not bother with them?

Tolkein, we must remember, was straight, white, male, cis, Catholic, and British at the end of its imperial might. His views were essentially Victorian, and I think it is very telling that his book is so popular among the straight, white, male, cis, Anglo nerdy GamerGate types. These are harmful, archaic, obsolete attitudes being normalized and perpetuated in a book that uses elegant prose to hide its extraordinary violence. I think it’s time we stopped it with the white men in the classrooms. Why should women, queer people and PoCs have to learn about a book because it was written by a white man and millions of white men thought it was good? It is wrong that we think we can push our evidently problematic preferences on to you. Let’s remove our “good” white writers from the classroom and the libraries and allow more diversity. It can only be healthy, and it might change attitudes. 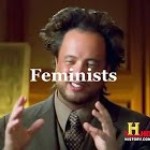 My name is Perceives Linn, and I am a seventeen year-old white cis-male student from England, studying sociology, primarily, with a view to go on to university. With a social justice family I have always been aware of all my privileges and done my best to help people of colour and other oppressed groups; but I fell in with the wrong crowd and -- well -- this is my way of redeeming myself.