Why You Should Watch Hulu's 'The Great'
Advertisement 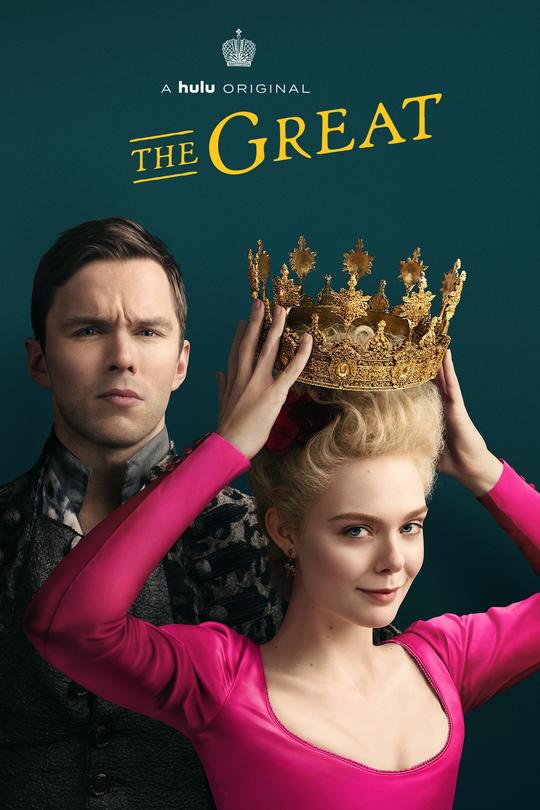 If you’ve been anywhere on social media in the past week or so, you’ll know the big splash that Hulu’s The Great has made. Released by the streaming giant on Friday, May 15th, The Great is the new historical comedy you’re going to fall in love with. The Great tells the “occasionally true story” of Catherine the Great’s marriage to Peter III of Russia, and her inevitable ascendancy to the throne. Starring Elle Fanning and Nicholas Hoult as the Empress and Emperor of Russia, respectively, the series takes on the historical comedy genre and completely flips it on its head. The Great manages to feel effortlessly modern and compelling, encouraging viewers to binge all ten episodes that are currently on Hulu.

Part of The Great‘s success is its melding of genres. The show doesn’t confine itself to just being a historical drama or satire; it takes advantage of it all. The show is immersive in atmosphere, yes. Its costumes and settings perfectly capture the lavish lifestyle of 18th-century Russia. From the show’s first minute, viewers are sucked into the life of Catherine, following her journey from nothing to empress. Visually, The Great has the makings of a historical drama, complete with accurate dressings and characters.

The dialogue, however, is what sets The Great apart from shows like Downton Abbey or The Crown. The Great is genuinely funny. Figures who viewers would expect to be posh or refined puncture f-bombs in their speech or reference lewd scenarios with frequency. As someone who watched the show with their parents, I wasn’t expecting the modernity and crudeness of Emperor Peter’s speech, but it wasn’t unpleasant. The Great never felt like it was taking itself too seriously. Modern humor and language became a loved facet of the show because of how easily it was accepted in the context of the show’s world. The characters weren’t questioning the brash dialogue, and, as a viewer, I didn’t feel compelled to either. The Great embraces unconventionality, allowing the show to run with satire and comedy in a way no other historical show can.

Freedom of speech allows for The Great’s characters to be quick-witted and relatable, despite the events occurring over centuries ago. Satire is abundant in every episode, piercing through Catherine’s attempt to stage a coup for the Russian throne. In making The Great a show that has both dramatic and humorous moments, its watch-ability skyrockets. The Great isn’t afraid to dip into several genres and that risk pays off so well.

One word. Six letters. Say it and we'll run away together. pic.twitter.com/XVYdxMIJY0

Another thing to note about The Great is that, because it is a historical comedy, it’s not 100% accurate. In fact, the asterisk that is featured below the show’s opening title is “*an occasionally true story.” The Great retains bullet points of Russian history, modified in a way to appeal to viewers. The show sacrifices historical accuracy for satire, which, in my opinion, works well. Viewers should note that they’re not sitting down to watch the most informative show ever, rather, an entertaining series with slight historical influence.

In a lot of ways, The Great doesn’t even have to be about Catherine explicitly. There is nothing distinctively Russian about the series, save for some of the soundtrack and references to major historical events. The characters speak in British, not Russian, accents and the show doesn’t attempt to have every character appear to be ethnically Russian.

Essentially, The Great is only vaguely historical. Had the series been released under a different name using fictional characters, I believe it would’ve been equally passable for entertainment purposes. I suppose the use of Catherine the Great’s story specifically is for longevity. With a historically-based timeline, the showrunners have an opportunity to frame several seasons of the show around her life with a concrete direction in mind. Nevertheless, the show is fun and compelling to watch, historical or not. 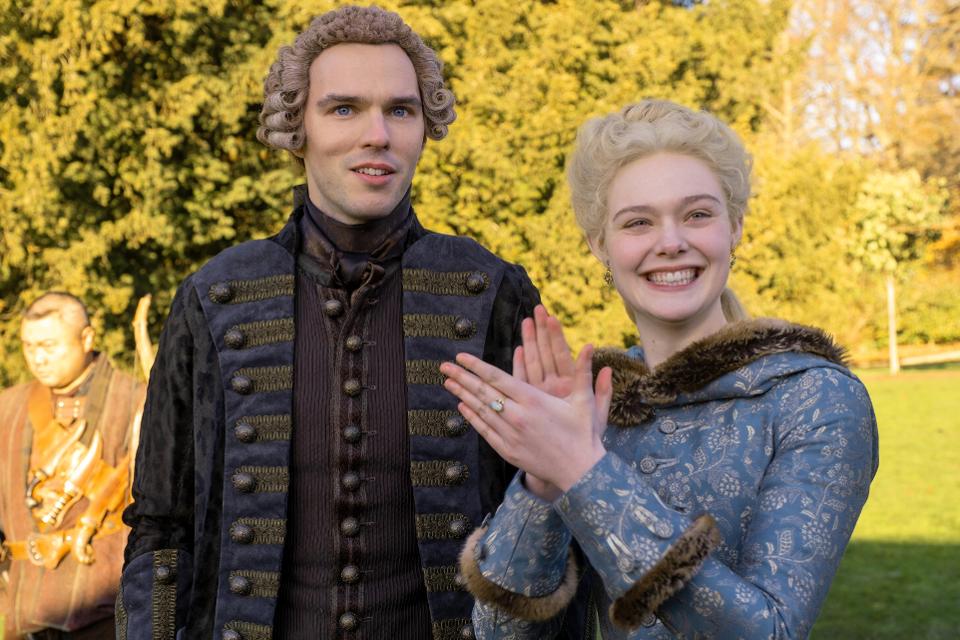 The Great is a perfect pick for whenever you’re in the mood for a period piece. Fanning and Hoult give stunning performances, as well as the supporting cast. All of the show’s characters feel unique and well-developed. Plus, there is an obvious narrative to root for and one to oppose!

I thoroughly enjoyed watching The Great for its characters and costumes. I could see myself watching the next season… or next several. The Great’s first season packages Catherine’s story and rise to power wholly and convincingly. I can imagine future seasons being just as well-made as this one. Overall, The Great is unlike any historical show you’ve ever seen, and it’s so well worth your time. Huzzah!

Why ‘The Last Kingdom’ is Better Than ‘Game of Thrones’