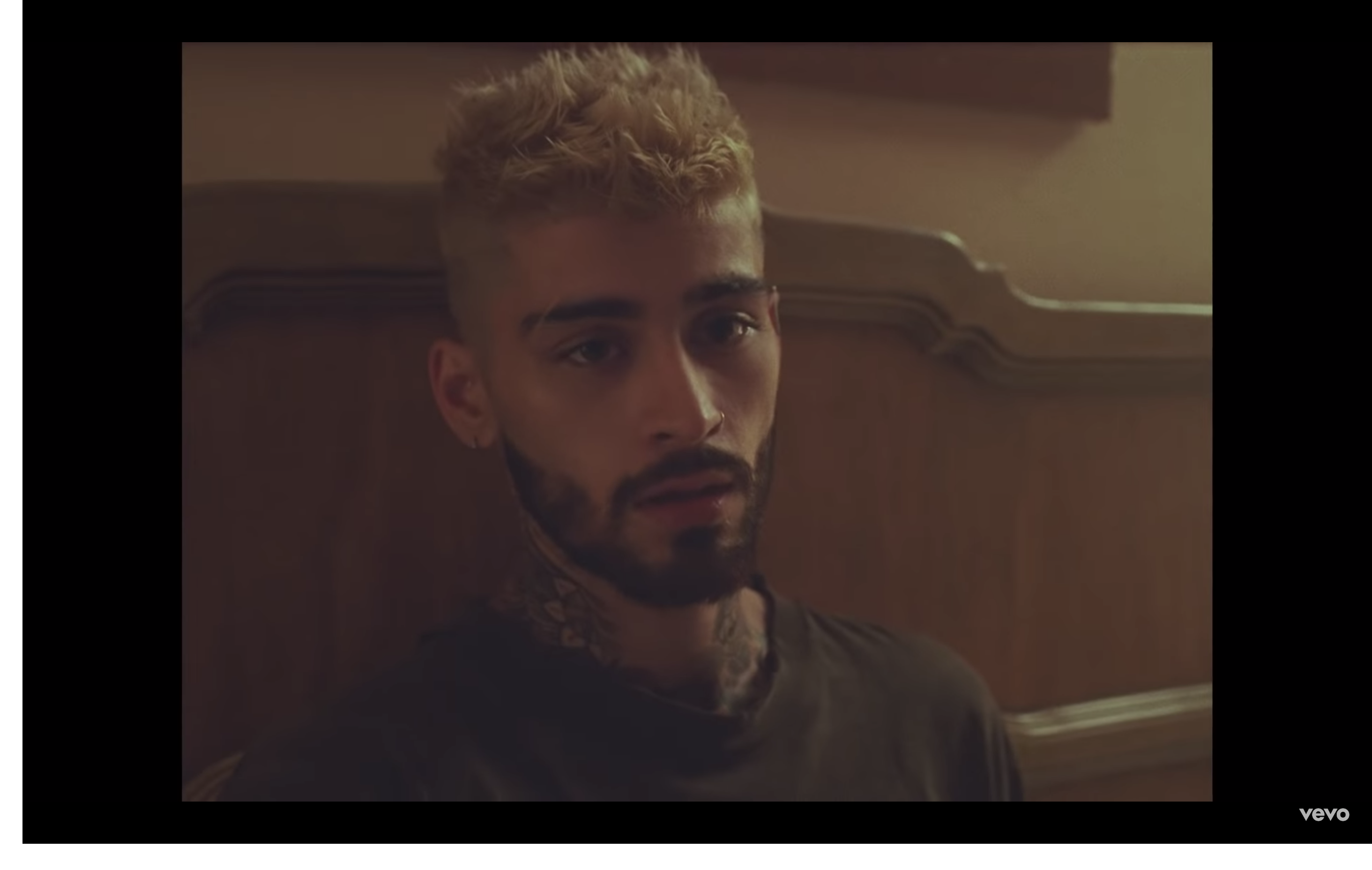 Four years ago today, One Direction was arguably the most popular boy band on the planet. In 2015 Harry, Louis, Niall, Liam, and Zayn had hordes of screaming fans (dubbed “Directioners”), over 6.49 million U.S. albums sold, stores around the world, a feature film and billions of dollars earned. This whirlwind of sugary 2010s boyband magic came to a screeching halt when Zayn Malik left the group in 2015 to “be normal”, but then ultimately set out on a solo career. Things did not initially go as planned for Malik.

Zayn Malik was rarely considered to be the most popular member of One Direction. That title typically went to Harry Styles, and sometimes Niall Horan. At the time of the split, Malik only contributed 14.5% to the band’s overall popularity, had the fewest Twitter followers and spent a considerably minimal amount of time with the press compared to the other members of the band. In fact, after Malik left the band, there was some harsh speculation as to whether or not he was kicked out for being unpopular. Malik usually remained at the back of the group, leading The Guardian to officially deem him “The Mysterious One” of the group in 2014. Having the slightly skulking one be the main attraction isn’t always ideal when marketing a tour or album.

Zayn Malik is undeniably a talented vocalist. While Malik often hung at the lower half of the rankings popularity-wise, he almost always topped the lists in regards to his talent. He has a powerful voice and a strong range. Malik can hit shocking notes, and there is a power to his voice that is often unrivaled by not only other members of One Direction, but other male stars in the music industry. However, raw vocal talent isn’t all that’s necessary to procure a successful post-departure career.

Beyonce and Justin Timberlake were always the most popular members of their respective bands. They had star power, they had the “it” factor and they had fan loyalty. Renee Graham, a writer for The Boston Globe, spoke about boy and girl bands in CNN’s docu-series The 2000s, saying, “You talk about people who were always going to be bigger than their group, that was Beyonce.” Zayn Malik was rarely looked at that way. When Justin Timberlake broke from NSYNC, he established his new image almost immediately, and fans followed. Malik did not have the same path to follow. When Zayn Malik broke from One Direction, fans did not follow him – instead, they blamed him. The band was spiralling to a close, and many considered Malik to be the one who brought the One Direction era to an end. Members broke down crying on stage, stores closed, and the music was recorded without Malik. 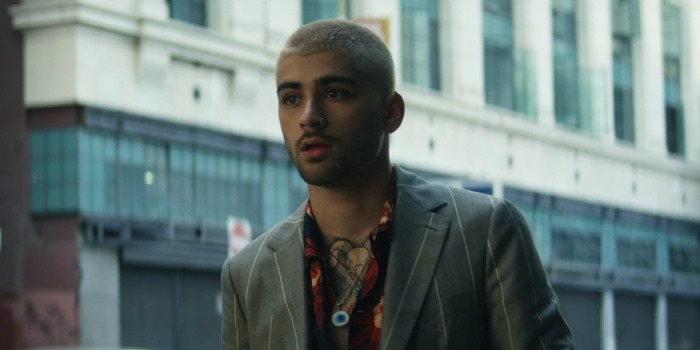 Image via “Too Much ft. Timbaland”

If a major star from the group, like Styles, for example, had been first to break, they likely would have had fans following, loving, and supporting him- Zayn Malik did not garner a massive wave of support post-departure. Malik also made the unfortunate error of spending a great deal of time after the split in fights with members of One Direction and major producers. He also ended his relationship with his fiancée, who also has a fiercely loyal fanbase, that happened to overlap with One Direction’s base. Malik also announced that he “never really wanted to be in One Direction,” which broke the hearts of many fans, and they took to the internet to share that this declaration shattered their image of him, which left them feeling betrayed. By losing the trust of his former One Direction bandmates, he lost the trust of many fans.

Zayn Malik’s major hits have been duets and a sole single. Malik’s first album Mind Of Mine was ultimately successful as a result of his hit single, “Pillow Talk”. In August 2018, Malik released two singles within one week. The second single, “Too Much,” did not chart at all, sold 13 copies the first day, and then sold a mere 32 copies over the course of that entire week. Icarus Falls, Malik’s latest album sold only 1,730 copies, meaning it debuted at a disappointing #64 on the UK charts.  Icarus Falls was lengthy, featured six singles that barely got radio play (most of those six never actually graced the radios) and seemed to lack a great deal of consistency in theme.  There was barely any media coverage or build up.

While these numbers may be jarring, Zayn Malik seems to be okay out of the limelight. Malik struggles with anxiety and has been open about feeling uncomfortable in large crowds or under a lot of media scrutiny. This difficulty with the press has been a blow to his career, especially prior to the album’s release. From his very first time dancing at the X Factor bootcamp, Zayn has seemed uncomfortable with the harsh scrutiny. He can be seen struggling back stage, as a 17-year-old. Debilitating anxiety attacks and social anxiety have impacted Malik professionally and personally. He had to cancel a show due to a panic attack, and explained that he had to go on to perform after attacks before. Living on the constant verge of an anxiety attack is deeply unhealthy. Being on his own has offered Malik the chance to stop touring and focus on his happiness.

Life on tour and in One Direction created a great deal of pressures that even manifested as an eating disorder, which Malik shared lead him to often go days without eating. Malik explained the impact his former lifestyle had on this, “The workload and the pace of life on the road put together with the pressures and strains of everything going on within the band had badly affected my eating habits.” He said, “Food was something I could control, so I did.” Now on his own, Malik has the opportunity to  have full control. In an interview with Beats 1’s Zane Lowe, Zayn simply said, “I want to make music that I think is cool sh*t. I don’t think that’s too much to ask for.” Zayn now has that flexibility, and freedom as a solo act.

The other members of One Direction also did not have to face the racism and Islamophobia that Zayn Malik battled while he was also trying to support his family, cope with his anxiety, face an eating disorder and and simply grow up. These factors made his time in the band more difficult, and his time transitioning out of the group even rockier. 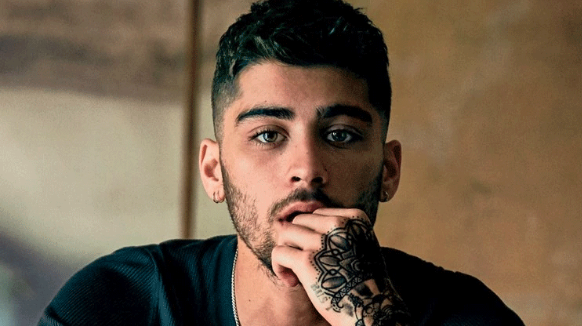 Image via That Grape Juice

Professionally, Zayn Malik greatly benefitted from being in a group. He used more personalities to handle the press and to compliment his developing identity as an artist. However, Malik now can provide himself with more balance and power in his life. The material for professional success in the future is also absolutely still there (he is only 27, after all). Over the course of the past five years, it has become increasingly clear that Zayn Malik made a professional stumble by leaving One Direction first, but it may have been a serious a personal victory.

Note: This article was updated in July of 2020, after initial publication in March of 2019.

#SurvivingCardiB Trends After Rapper’s Admission of Drugging and Robbing Men

The Importance of Emilia Clarke Opening Up About Her Brain Damage