Will The Walking Dead Survive Without Rick Grimes?
Advertisement

Last month whilst speaking on a panel at San Diego Comic-Con, Andrew Lincoln confirmed his departure of Rick Grimes in the next season of AMC’s hit show, The Walking Dead.

The zombie-thriller, based on the comic books by Robert Kirkman, has captured the hearts of millions across the globe has been on our screens since 2010 featuring sheriff, Rick Grimes’, highs and lows through the apocalyptic world.

Speaking to over 7,000 fans at a panel at San Diego Comic-Con, Lincoln confirmed his departure. Andrew stated, ‘There seems to be an elephant in the room. This will be my last season playing the part of Rick Grimes.’

Rumours surrounding Andrew Lincoln’s exit has circled for the past few months following comments and posts by fellow The Walking Dead stars, including Norman Reedus who has featured with the British actor since the pilot.

The actor revealed that the reason behind the move for due to be absent from his family for long periods of time due to filming. He explained alongside his adoration towards the cast, ‘These guys have been the best surrogate family I could have hoped for. But I do have a real family and it is time for me to go home, but Norman and Danai send me scripts so I can keep one eye on the series.’
It has left fans of the show wondering just what will happen next due to sheriff still alive and kicking in the comics.

Robert Kirkman, creator of The Walking Dead comics and series-executive producer of the series, shared to The Hollywood Reporter, ‘It does make the differences between the comic and the show more pronounced but at the end of the day, it’s all about Andrew Lincoln. This is a human being. This is someone I have known for almost a decade, somebody that I love. He’s been sweating in Georgia, away from his family, for so long.’

Rick Grimes is not the only departure predicted for season nine but also Maggie Rhee, played by Lauren Cohan. Due to her current series, Whiskey Cavalier, being picked up by ABC, the star is rumoured to only feature in six episodes. Rumours have also circled that Norman Reedus, known for playing Daryl Dixon is in negotiations for a $20 million deal to take over as lead.

It seems that the writers behind the hit series are currently in strain following last season’s difficult departures featuring Rick’s son, Carl Grimes, played by Chandler Riggs, meeting his demise from a walker bite whilst Morgan, played by Lennie James, moving to the sister show, Fear the Walking Dead.

Following the ending of season eight, fans witnessed Rick saving arch-enemy Negan, played by Jeffrey Dean Morgan, due to Carl’s advice from the grave. Maggie, still desperate to get revenge for the death of her husband Glenn, played by Steven Yeun, teams up with Jesus, played by Tom Payne, and Daryl to plot against Rick and Michonne, played by Danai Gurira. Will this be how the sheriff ends his era and possibly how Maggie meets her demise?

The show has always been unpredictable and although based on the comic books, has strayed from the story lines, leaving any twists and turns unknown to their audience. Fans of the show will have to wait till October to see how Rick meets his end and if the series can continue without him. 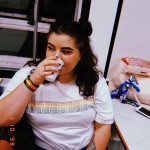 Chloe is a student journalist currently finding her feet on the crazy planet we call home. Among writing, Chloe enjoys all things Bowie, The Walking Dead and a good old cup of tea.

A Tribute To Stan Lee