With Love, We Have a Chance: A Review of the Ninth Episode of 'You'
Advertisement

Editor’s Note: This review contains spoilers for season one of You. Read at your own risk!

Murder, stalking, and more mysteries revealed- this episode of You brought a lot of things about Joe to Beck’s knowledge, things she never could have seen coming. Because the episode was enthralling right from the beginning, I’ll get right into it- the first scene opened up with Joe standing in an empty bookstore, and haunting music playing in the background as he worked. This is a chilling sight once you’re aware of what he’s done. Beck has been blind to everything, which explains how she’s even able to sleep with him at night. Now that they’re together again, Joe has fallen back into his old habits of obsessing over her every word, picking apart her tone and vocabulary, while having nightmares and flashbacks to his life with Candace. When we see more scenes of him and his old girlfriend, it becomes clear that Joe’s murderous actions towards Benji weren’t his first. Personally, I thought this episode was worth the watch because of all that was revealed about Joe. Throughout the series, we’ve been able to see inside Joe’s head and a little into his past, but there’s more that the viewers didn’t know and weren’t expecting. Additionally, Beck could be seen trying to pry into Candace’s life online, only to find out information leading her to believe that she’s not where Joe said she was. As Beck grows more and more suspicious of him, You remains a captivating and thrilling piece of art.

Joe experiences an array of memories from his time with Candace: the time they met, their first Christmas celebrated together and the point in their relationship where Candace decided she was done. Most importantly, Joe observed that she was texting someone a lot, and he didn’t believe her excuse that it was just her brother. After following her and finding something he definitely didn’t want to see, Joe commits a crime we’ve seen him do before. His constant habit of hurting the people who have damaged him stems from when he was young, and his parents left him. He was raised by a man named Mr. Mooney, and their relationship was similar to the one Joe has with his young neighbor, a pre-adolescent boy named Paco. If Mr. Mooney turned Joe into what he is now, what will become of the young, innocent Paco? I think that Joe genuinely believes that everything he’s teaching Paco, and everything he’s doing to other people – Candace, Beck, and more- is simply an expression of his love and not the actions of someone who is out of their mind. This is probably because of Mr. Mooney, who didn’t teach him the valuable morals that he should have been taught but chose to raise him in a much more selfish and violent way. Joe has confessed to him everything he has done and knew was wrong. Mr. Mooney settles his mind into a belief that this behavior was upstanding. After one murder, Mr. Mooney even said to Joe, “Some people deserve to die… I’m sure you had your reasons.” Nothing about this man made him fit to help a young kid through his life problems, which is clear now that the same boy has turned into a psychopath. 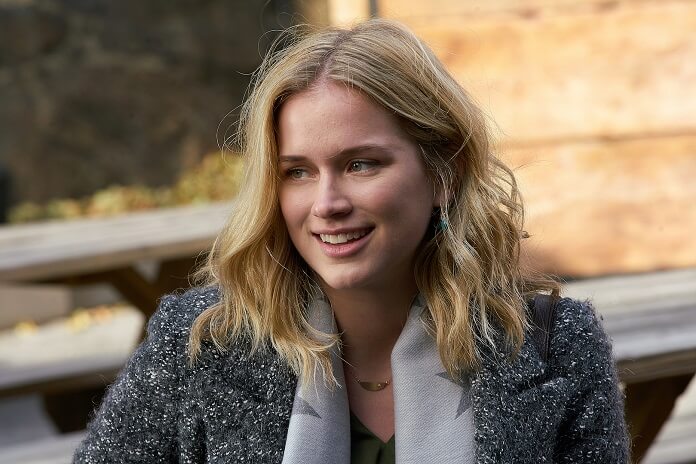 Joe’s actions towards other people really help the viewer understand what’s happening inside his mind. It expresses how twisted and self-possessed he is. He wants other people, usually the girls that he’s dating, to drop everyone else in their life and focus solely on him. It happened with Candace, and in this episode, it happened with Beck. It’s so difficult for him to realize that if he had loosened his grip on them, they may not feel so constrained and then they wouldn’t have had a desire to be unfaithful to him. I think that everything that has happened to Joe only occurred because of his rage. As Candace continues to come back to Joe in his head, it makes me question if maybe he’s not having these flashbacks because he feels betrayed by here- maybe he’s having them out of unrecognized guilt because he’s done something since the breakup to harm her in a way that he hasn’t revealed yet. He claims she changed her name after moving to Italy- something about that statement seems suspicious, yet Beck didn’t catch on. I mean, it’s a little weird to change your name just because of a breakup. In some ways, Beck is still completely unaware of Joe’s odd nature, and it makes me scared for her.

This episode of You was suspenseful. As we near the end of the season, it appears more will be revealed about the characters and their pasts, futures, and any more secrets they may be hiding. I am anticipating the next episode to be a dramatic one- I certainly wouldn’t miss it. Watch the last episode of You next Sunday at 10 PM EST on Lifetime.

Should We Remove Apu From The Simpsons?

A Child-Like Antichrist & A Westworld Robot? A Review Of “AHS Apocalypse” Episode 8