From the outside, Adam Brotnitsky seems like a typical teenager. He hangs out with his friends, has an obsession with ramen noodles, and his sarcasm skills would give Sheldon Cooper a run for his money.

But, if you move in a little closer and spend a second in Adam’s presence, you’d see and hear his passion for music shine through.

Adam has been playing the viola, piano, and singing since the age of eleven- but his specialty is the viola. A viola is a string instrument used for midtones to make a symphony sound less hollow. In comparison to a violin, it is lower pitched and larger in size.

His fate was chosen by a principle at his musical middle school who chose orchestra as his major. He started out playing the violin, but found himself gravitating towards the viola on the first day of his major.

“Slowly I really started to love it, especially as I got better at the instrument”, Adam said as he reminisced.

Now seventeen, Adam has made his way in 3 orchestras- All City Orchestra, Philadelphia Young Artists Orchestra, and Temple Chambers Players Orchestra. The road to making it into in these orchestras was one of self-realization for Adam.

“I didn’t care as much when I was younger, but as I realized how important this was to me I realized that I needed to work more”

September 2016, the day of his audition for the All City Orchestra, Adam remembers it well. He was required to play the Hoffmeister Viola Concerto in D major.

Upon seeing the sheet of music, he thought to himself “wow, I really have to practice, immediately”.

Although he got the slot in that orchestra, Adam didn’t like that feeling of being unsure in his abilities. He knew that he could do better, and his family did too.

“He’s a genius. Like literally” said Joshua Brotnitsky, Adam’s older brother. He went on to express that Adam could make anything happen, whether it’s school or music or cooking “banging butter cookies”, Adam has skill, all he has to do is apply himself.

One common misconception is that self-improvement happens naturally over time. Adam does not believe in that. Improvement is something you have to choose, you have to work at it to be at the place that you want to be.

So for the past year, Adam has put in work to perfect his playing. He practices at least 2 hours a day. From his living room, you can hear the sweet notes of his viola glide down the steps and whisper in your ear. The whispers are so familiar to his family that it’s a part of the Brotnitsky’s everyday soundtrack.

Adam can tell that all his work has been paying off. “Just last week I was listening to recordings of myself from a year ago, and I can gladly say that I sound better”.

His skills were helped immensely by attending a musical summer camp called Brevard Music Center. Adam had to audition to determine which chair he would be in their orchestra to start the summer. 1st chair being the best and 13th being the last. He refers to this as his most difficult audition.

He had to do a solo piece, two orchestral excerpts, and a sight reading. A sight reading is when the music is not available to you beforehand, you just have to read as you play.

“They were so hard, and even after all that practice I still wasn’t ready”.

Adam ended up receiving 13th chair to start out with, but that did nothing but motivate him. The seating of the orchestra was changed multiple times throughout the summer, and by the last concert, Adam worked his way up to 8th chair.

Adam works endlessly, school on the weekdays with solo practices in his room afterwards, and orchestra practices on almost every weekend. But he’s not focused on what he may be missing out on while he’s at practice, his eyes are on the future.

He hopes to one day be in a professional orchestra such as the Philadelphia Orchestra, The Colorado Symphony or the Cleveland Orchestra.

Adam’s determination to better himself has already taken him places that regular seventeen year-olds can’t even dream of. And that’s because from the outside Adam Brotnitsky may seem like a typical teenager, but move in a little closer, and you’ll see how extraordinary he is. 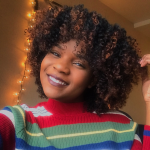