The serial killer fandom is growing online, both on Twitter and Tumblr,  the members of the groups spending their time romanticizing the murderers, and trying to erase their crimes. It seems unwise to cast a “heart throb” actor, like Zac Efron, to play Ted Bundy.

However, that is exactly what the casting is for the new biopic about Ted Bundy, Extremely Wicked, Shockingly Evil and Vile. The movie focuses on Ted Bundy’s girlfriend, telling the story about her relationship with Ted Bundy, played by Zac Efron.

The movie is going to be directed by Joe Berlinger, the same director of the Paradise Lost documentaries.  Shooting for the drama is set to begin this fall.

It seems in poor taste to cast someone as conventionally attractive and adored by teenagers to play a serial killer, and not expect people to romanticize them, completely missing the point of the story. Romanticizing murders, and having specific fandoms toward people that murder, is sick. Recently, attention has been drawn to the ‘Columbine’ fandom, which just focuses its time to talking about how cute and ‘misunderstood’ the perpetrators of the Columbine shooting were.

While Ted Bundy is already a rather romanticized figure in the serial killer community, given the fact that people called him “charismatic” and “charming”, it seems like a leap to take someone from High School Musical and Baywatch, specifically geared to attract the attention of teens and young adults, and then cast them as a “charming” real life serial killer. It seems to distract from how horrific the crimes are, and instead turns the movie into “sad, misunderstood eye candy”.

It’s a further example of glossing over the horrendous crimes perpetuated by white male serial killers, then turning them into pop culture icons, and erases the atrocities they caused. It’s an example of white privilege to make a serial killer a heart throb after they were executed in 1989 after confessing to the rape and murder of over thirty people.

It’s sick and twisted when instead of using the drama as a chance to tell the story about horrific murders, it’s going to be derailed with talks about how sexy this portrayal of Ted Bundy is, which is exactly the kind of stuff that leads to serial killers becoming pop culture icons, when they absolutely should not be revered by anyone.

Overall, the casting is disappointing. It’s just bait for serial killer worshipers to have more to romanticize, and it’s obviously meant to draw in a youth audience on the back of Zac Efron’s teen movie credits.

The Woke Side of Bollywood Can Change India for the Better 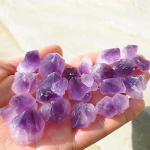