Ábi (stagename ABI) is a self-desrcibed “Korean-American pop/r&b singer-songwriter and artist” who is focused on creating her art and combatting violence against Asian Americans and Pacific Islanders (AAPI).

Ábi was born in Illinois in U.S., before her family reloacated to Daejeon, South Korea. She grew up singing in church, traveling between South Korea and Southern California to pursue her dreams in film/tv screen acting. She was approached by Korea’s SBS K Pop Star in the fall of 2012, leading her to participate their audition program through the spring of 2013. She ended as a top 18 semi-finalist. Afterwards, Ábi decided to pursue a more traditional education, returning to the U.S. to study at the highly prestigious Berklee School of Music.

Since her graduation in 2019, Ábi has continued to pursue music, eventually leading her to internet success. She has been able to pursue her musical and social justice goals. She released her 2020 EP p.r.a.y, and in 2021 she released her latest single, “white,” donating all earnings from the track to stopaapihate.org.

We caught up with Ábi to discuss her music, goals and what it means to advocate for the AAPI community today.

H: What drew you to making music?
ABI’s: I always enjoyed singing growing up–I would write songs on my dad’s guitar for school projects, instead of giving a powerpoint presentation; asked my piano teacher to start teaching me chords (I had such a hard time with classical piano) so I could try my hand at composing and writing my own music. Music was where I would go when I couldn’t find the words. I think the value of being able to write original songs was realized when I was at a crossroads of where I wanted to go with my career as an artist. Do I want to be a K-Pop Idol? A singer-songwriter? How do I want to represent myself and my background? These questions really challenged me during my time on Kpop Star (Season 3) as a 14-year-old, and I would say who I am as an artist is still being “shaped” into form. There’s always so much to learn, and it keeps me hungry for more.

As someone who is very passionate about combatting Asian Hate, how did you feel about BTS visiting the White House to discuss this issue? (Though I know you are in very different genres.)
It’s such an incredible encouragement to be seeing more representation of minorities in the mainstream media of the US. We absolutely need more of it. It breaks my heart, the amount of pain and loss our communities have persevered through, and the lack of communication and awareness surrounding it. There’s a lot of work to be done, still. Everyone deserves to feel safe.

Do you think that more artists outside of your community need to be addressing Asian hate?
Absolutely, yes. The absence of media coverage surrounding AAPI hate crimes only scratches the surface–as defined in the STAATUS Index 2022 Report, most Americans aren’t able to name a prominent Asian American when asked. We’re seeing an increased percentage of Americans questioning the loyalty of Asian Americans, blaming Asian Americans for COVID-19, and ultimately fueling the “perpetual foreigner” stereotype. It’s difficult to comprehend why so much hatred has come from something that’s not within our control. We need allies who will circle back to discuss these challenging issues, follow-up with additional information, share personal insight and help expose difficult truths. I believe raising awareness and communicating our experiences is the only hope we have to repair the distance.

Do you see it as an appropriative action?

Having grown up in a culture where we’re programmed to keep our heads down and avoid conflict, I’ve learned to lean on my friends, family and allies–who have helped me to find a way to both heal and share my experiences through music. I think a little goes a long way even if it’s just sending a text to check in on your friend. But every voice counts, you know?

How do you blend pop sounds with more sensitive lyrics?

In my current writing process, I would say that the lyrics almost always determine the final sound and production style. I tend to associate the mood of the song with a color, personality, or environment, and develop sound elements and a creative direction from there.

What genre would you consider your music to be?
Pop/R&B. I’m trying to also start writing in Korean more!

Many of your tracks feel more DIY! Do you produce any of your own music?
Yes! I work with my producers Noah Wiehl and Nick Groat who contribute so much to each project–I’m so lucky to have them.

What is the importance of that for you?

The three of us have been working together for several years now–we met when we were attending Berklee College of Music in Boston, and they’ve become two of my closest friends ever since. I wouldn’t be where I am today without their support. :’)

What is your process when making a song?
I typically start with a lyrical or melodic idea and take it to the piano. I try to get a voice memo or some sort of demo recorded, then show it to Noah & Nick to brainstorm a direction. Noah lives out in LA, so we work remotely via Zoom to record and further develop the song. After a few rounds of feedback, we send it off to Zach Pennington for mixing & mastering and get it prepared for release!

With songs like “More” and “Before,” there is lots of personal detail. Are these based on specific instances/people?
Yes! “More” was written about wanting and desiring the “love interest” – all the honeymoon phase vibes. “Before” is about hoping for change – wanting so badly to be with the person you’re with, when you know they’re not right for you.

You haven’t put out music since 2021, why is this?
Oh, you know–going through some changes :’)

How do you feel about dropping music again?
So excited. I’m so grateful to everyone that has and continues to be a part of this journey with
me. My heart and soul goes into each project, so it really is an incredible feeling.

What are you looking forward to, coming up?
Working on more tunes; I’m trying to get into streaming so we can do virtual live-performances; virtual writes; and I’m trying to get more shows set up! Tap all the socials to stay connected! Let’s be friends! 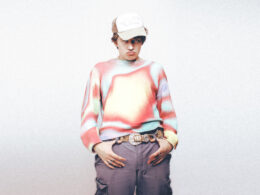 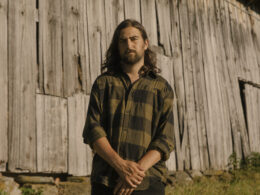